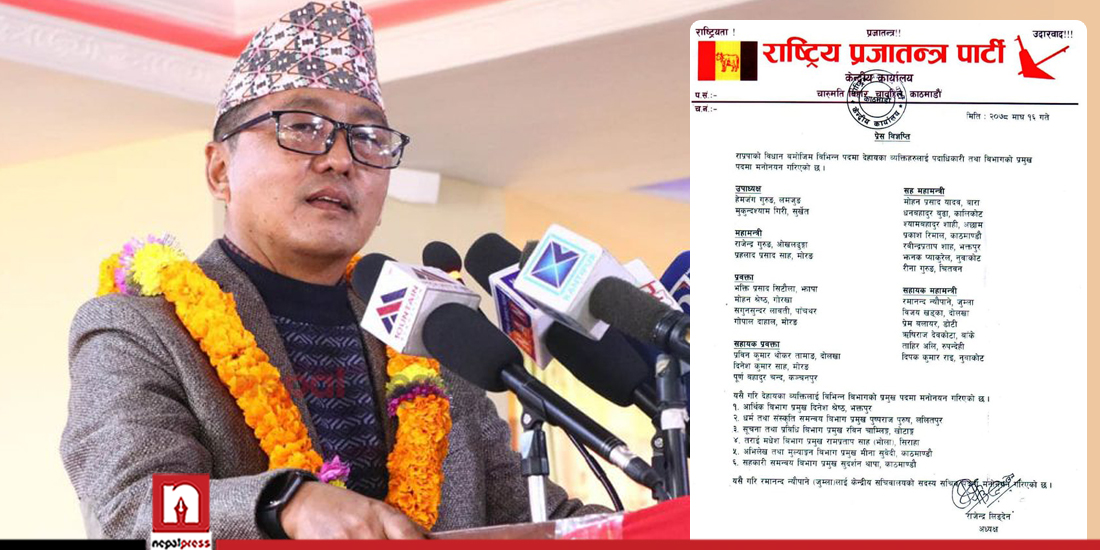 Similarly, he also divided the responsibilities of the heads of various six departments.

There is a provision in the party statute that the chairman should nominate the two vice-chairmen and two general secretaries.

Hem Raj Gurung of Lamjung and Mukunda Shyam Giri of Surkhet were nominated as the vice-chairmen. Likewise, Rajendra Gurung of Okhaldhunga and Prahlad Prasad Sah of Morang were appointed as general secretaries.

Chairman Lingden has appointed four leaders as the party spokesperson.

Bhakti Prasad Sitaula of Jhapa, Mohan Shrestha of Gorkha, Sagun Sundar Lawati of Panchthar and Gopal Dahal of Morang were appointed as the spokesperson.