We are ready to face local level elections: CPN (US) Chair Nepal 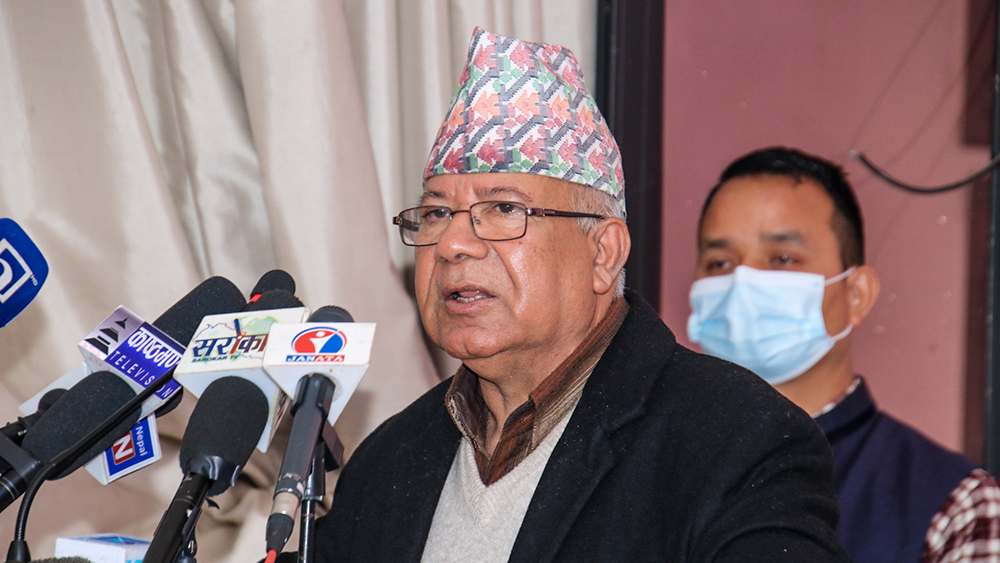 KATHMANDU: CPN (Unified Socialist) Party Chairman Madhav Kumar Nepal said that his party is ready to face the local level elections even if they are held in April.

Speaking at a programme organised in the Capital on Saturday, he said that they are not running away from the elections instead they are ready to face the elections.

But, leader Nepal said that there should electoral alliance among the coalition partners for the elections.

He claimed that the alliance among the coalition partners will be continued till the elections.

During a meeting of the ruling coalition held this morning, Nepali Congress leaders had expressed their commitment that the alliance will be continued till the elections and Prime Minister Sher Bahadur Deuba was also positive towards the same.