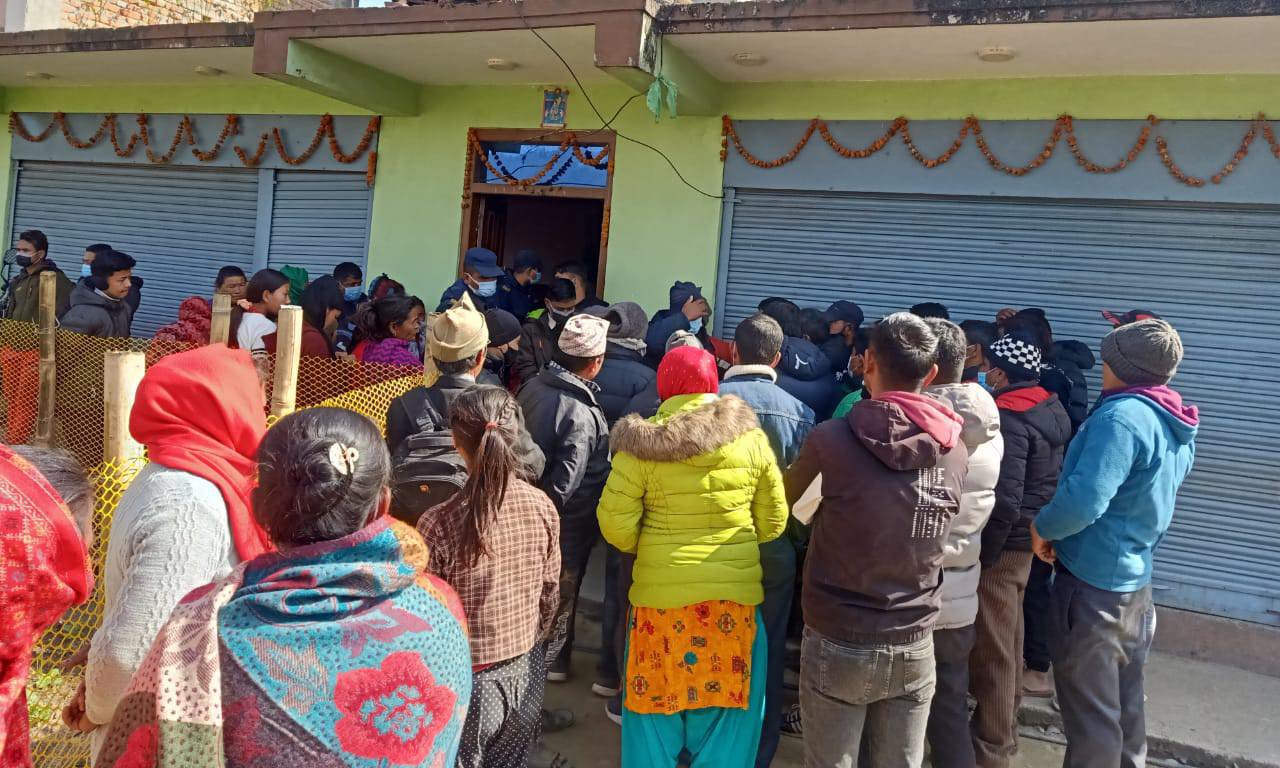 KATHMANDU: A couple was found dead at Bojeni in Shankara Municipality-3 , Kathmandu on Thursday.

The deceased have been identified as Padam Bahadur Thieng (52) and his wife Phool Kumari (45).

According to Dinesh Mainali, spokesperson at the Metropolitan Police Range, Kathmandu, the couple had gone to bed after having dinner last night. But, after they did not wake up  till 7 am today, Surya Bahadur (26), son of the deceased,  broke the door of their bed room and found them dead, he said.

The bodies have been taken to the Tribhuvan University Teaching Hospital in Maharajgunj for postmortem.