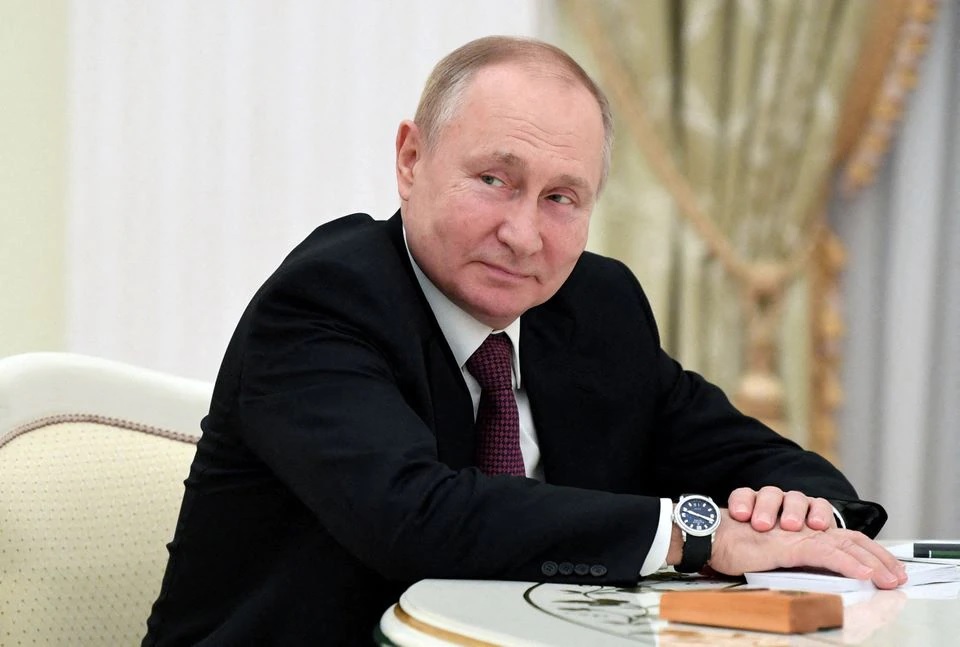 Russia warned on Wednesday that imposing sanctions on President Vladimir Putin personally would not hurt him but would be “politically destructive”, after U.S. President Joe Biden said he would consider such a move if Russia invaded Ukraine, Reuters reported.

Biden said on Tuesday that personal sanctions on Putin, though a rare step, could be considered as part of a concerted drive by Washington and its allies to convince Moscow that any new aggression against Ukraine would bring swift and massive costs.

Individual sanctions against Putin would be “not painful (but) politically destructive”, said Peskov, who has previously said they would amount to a severing of diplomatic relations.

As officials began four-nation talks in Paris, Russia held new military drills on land and sea and moved more paratroopers and fighter jets to Belarus, north of Ukraine, for what it describes as joint exercises there next month.

Ukraine said Russia, which has gathered tens of thousands of troops near its border but denied it plans to invade, was trying to sow panic. Foreign Minister Dmytro Kuleba said Moscow had not yet massed sufficient forces for a large-scale offensive, but that did not mean it could not do so later.

Nearly eight years after Russia seized Crimea and backed separatist fighters in Donbass in eastern Ukraine, the former Soviet republic has become the flashpoint in potentially the most dangerous East-West confrontation since the Cold War.

Russia says the crisis is being driven by NATO and U.S. actions, and is demanding security guarantees from the West, including a promise by NATO never to admit Ukraine. Moscow sees Ukraine as a buffer between Russia and NATO countries.

The United States has spent weeks trying to build agreement with European partners on a strong sanctions package if Russia attacks. But the task is complicated by Europe’s dependence on Russian energy and the fact that sanctions would hurt its own businesses too.

Italian business leaders, including power giant Enel , UniCredit bank (CRDI.MI) and top insurer Generali (GASI.MI), went ahead with a video conference with Putin on Wednesday despite a call from their government not to take part.

“I would like to underscore that we consider Italy as one of the leading economic partners,” Putin said, hailing cooperation with Italian companies and banks on major energy projects.

The EU relies on Russia for around a third of its gas supplies. Any interruptions to its Russian imports would exacerbate an existing energy crisis caused by shortages.

The United States has been talking to major energy-producing countries and companies around the world over a potential diversion of supplies to Europe if Russia invades Ukraine.

In Paris, officials from France, Germany, Russia and Ukraine began talks on the simmering Donbass war in which some 15,000 people have been killed since 2014.

But he said major ceasefire violations were taking place, and ruled out the prospect of speaking directly to the separatists.

In Russia’s parliament, Andrey Turchak, a senior member of the ruling United Russia party, said Moscow should support the separatist regions with certain types of weapons.

Russia denies being a party to the Donbass conflict but senior Ukrainian sources say they estimate it has 2,000 military personnel there, supporting about 35,000 separatists.

The four-way “Normandy format” talks, which have not been held for more than six months, are seen by the European powers as vital to remaining relevant in the broader dialogue with Moscow while the United States and NATO hold separate crisis negotiations.

French officials said they hoped that some progress could be made that would help wider efforts to reduce tensions.

A French presidential official said the aim was to set a date for talks on humanitarian measures and prisoner releases that would then lead to negotiations on the future of the Donbass region. However, he said the reality was that the Paris talks would serve to determine if Russia was serious.

“Either President Putin will seek maximum tension with us… or he assesses that in this great period of volatility, it’s useful to use this format to reduce tensions.”

Interfax news agency quoted the Russian defence ministry as saying a paratrooper unit had been deployed to Belarus on Wednesday, a day after moving in artillery forces and marines ahead of joint exercises next month.

It said Russia was also moving Su-35 fighter jets to Belarus for the “Allied Resolve” exercises.

The buildup of Russian forces in Belarus, a close Russian ally and former Soviet republic north of Ukraine, creates a new front for a possible attack.

RIA news agency said more than 20 Russian vessels had embarked on exercises in the Black Sea, south of Ukraine.

In the Vatican, Pope Francis led prayers for peace in Ukraine, referring to its “suffering people” and saying he hoped that wounds, fears and divisions could be overcome.