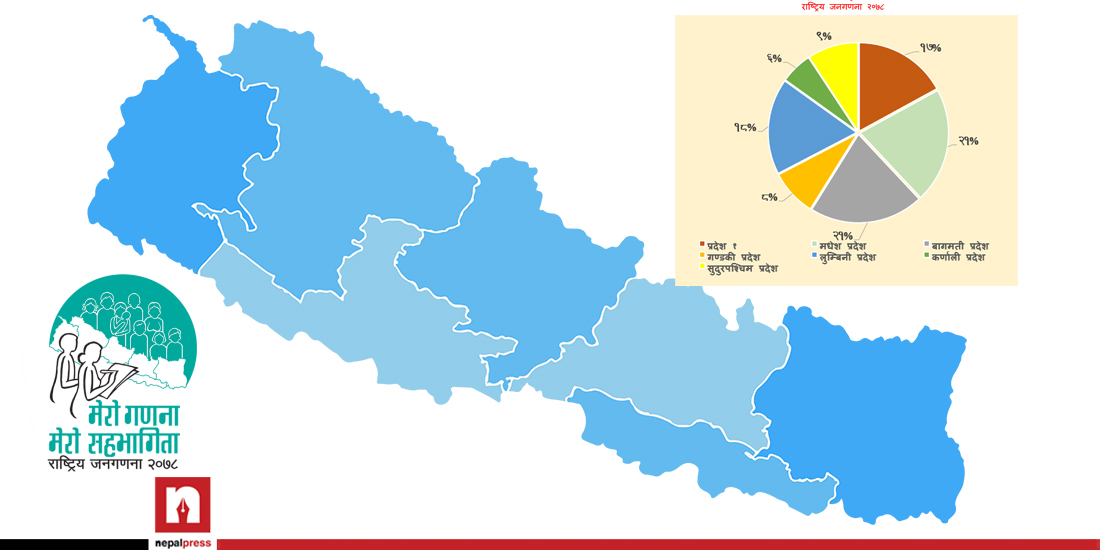 KATHMANDU: Nepal’s population has reached 29 million 192 thousand 480 as per the preliminary results of the National Census 2021.

A report made public today by the Central Bureau of Statistics (CBS) under the National Planning Commission shows that the population is less by around 800 thousand than the projected population of 30 million. It is stated that this data might be slightly changed in the final results.

As compared to the previous census, Bhaktapur has the highest population growth rate while Ramechhap district has the most declining rate of population.

NPC Vice Chairman Dr Bishwonath Poudel expressed all those involved in making the National Census 2021 successful and the preliminary results show that Nepal is the heartbeat of over 29.1 million Nepali.

CBS Director-General Nebin Lal Shrestha said they conducted the population census of Lipulek, Kalapani and Limpiyadhura, the territories included in the new administrative map of Nepal, as well and the detailed information was awaited.

To a journalist’s question, Director-General Shrestha said it is found that discrimination between son and daughter is decreasing and the population might not have increased as projected also because the trend of producing children in preference of son has minimized.

The preliminary results of the first population census conducted after the promulgation of the Constitution of Nepal, 2015 has been made public. RSS