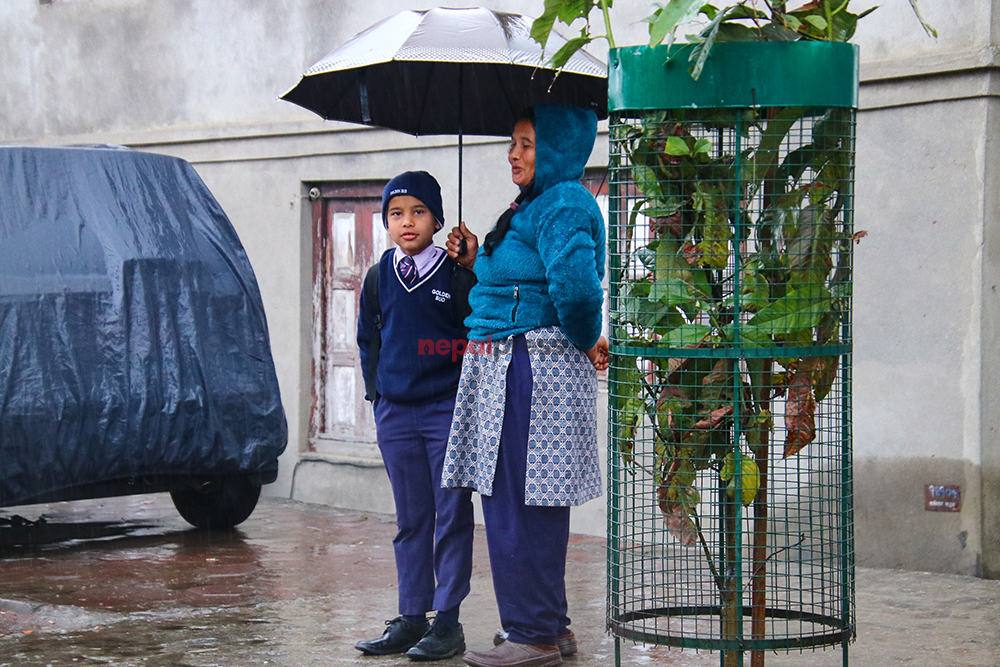 KATHMANDU: The country is currently under the spell of a westerly low-pressure system due to which light rainfall is predicted today.

The Department of Hydrology and Meteorology has forecast light rainfall in some places of Sudurpaschim, Karnali and Lumbini provinces as well as in a couple of places in the remaining four provinces today.

Sudurpaschim and Gandaki provinces have witnessed generally cloudy weather while the rest of the provinces will have partly cloudy conditions.

A couple of places in Sudurpaschim province have recorded light rainfall today, the Department said.

The weather will be partly to generally cloudy throughout the country today.