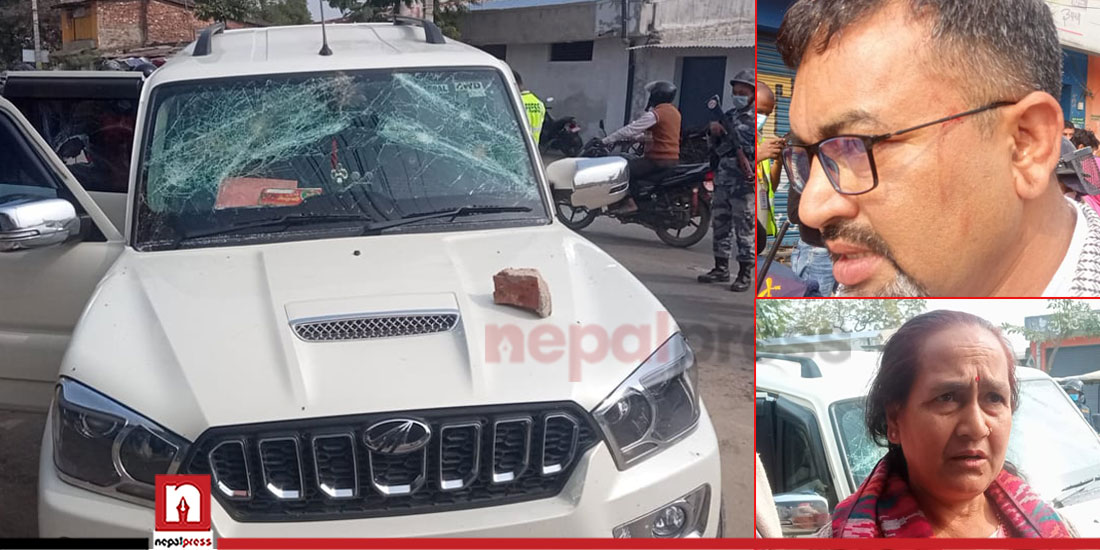 JANAKPURDHAM: Janamat Party cadres on Wednesday vandalised a vehicle in which Mayor and Deputy Mayor of Hariban Municipality, Sarlahi were travelling in.

Mayor Ganesh Prasai was injured in the incident while Deputy Mayor Renuka Dahal is safe. They were heading towards the voting centre to cast their vote in the elections to the National Assembly when the incident occurred.

The Janamat Party cadres, who have been staging demonstrations in various parts of Janakpur since this morning demanding that the government address the demands of farmers, vandalised the vehicle bearing a registration number Province-2-03 00905 0020 this morning.

Earlier this morning, the cadres and police personnel clashed in Janakpur after the former tried to enter the voting centre.