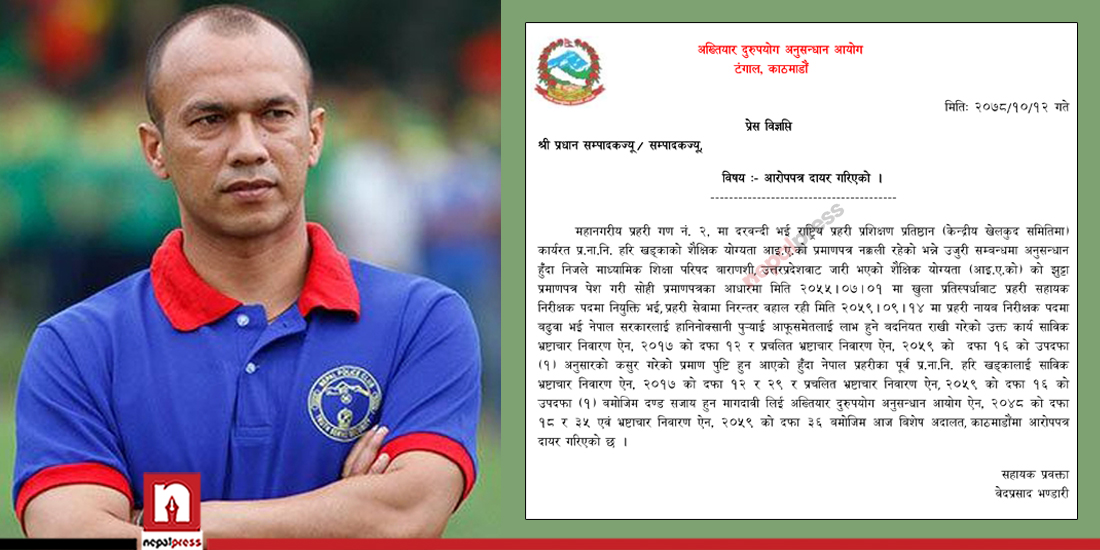 KATHMANDU: The Commission for the Investigation of Abuse of Authority (CIAA) on Wednesday filed a corruption case at the Special Court against former Nepali national football team captain Hari Khadka.

The anti-corruption watchdog filed the case against Khadka saying that he submitted fake academic certificates to get job at the Nepal Police.

He had been working as the Sub-Inspector in the Central Sports Committee of the Nepal Police Training Academy.

Issuing a statement, Assistant spokesperson at the CIAA Bed Prasad Bhandari said that a complaint has been lodged at the office saying that Khaka had submitted the certificate of IA to get the job of Nepal Police.

Khadka has already resigned from the police services.

During the investigation, the CIAA found that he had submitted the fake certificate of IA issued from the Secondary Education Council, Banarasi, Uttar Pradesh while applying for the job in Nepal. Later in 1998, he was appointed as the Assistant Sub-Inspector of Nepal Police on the basis of the same certificate.

Khadka was promoted to the post of Sub-Inspector on January 28, 2003.

He was appointed as the board member of the National Sports Council last year.