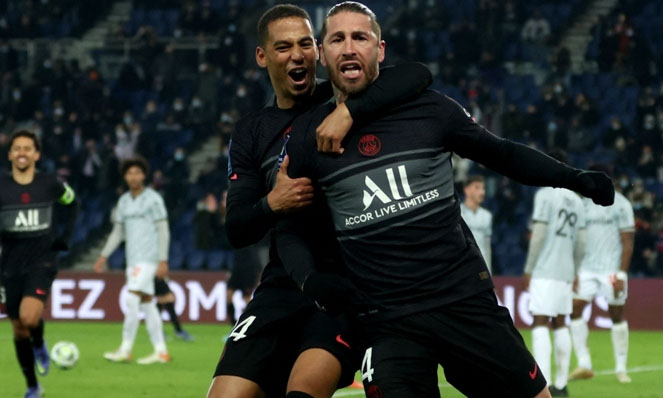 Paris St Germain continued their march towards the Ligue 1 title as Marco Verratti inspired them to a 4-0 home victory against Stade de Reims on Sunday as Lionel Messi made his first appearance of the year, Reuters reported.

Italy midfielder Verratti found the back of the net for PSG for the first time since 2019, while Sergio Ramos scored his first goal for the capital side. Wout Faes scored an own goal, and Danilo Pereira added another to put PSG on 53 points from 22 matches.

They lead Nice, who beat Metz 2-0 away earlier on Sunday, by 11 points with Olympique de Marseille in third place two points further adrift but with a game in hand.

The defeat left Reims, who got off to a promising start at the Parc des Princes but faded after the opener, in 14th place on 24 points.