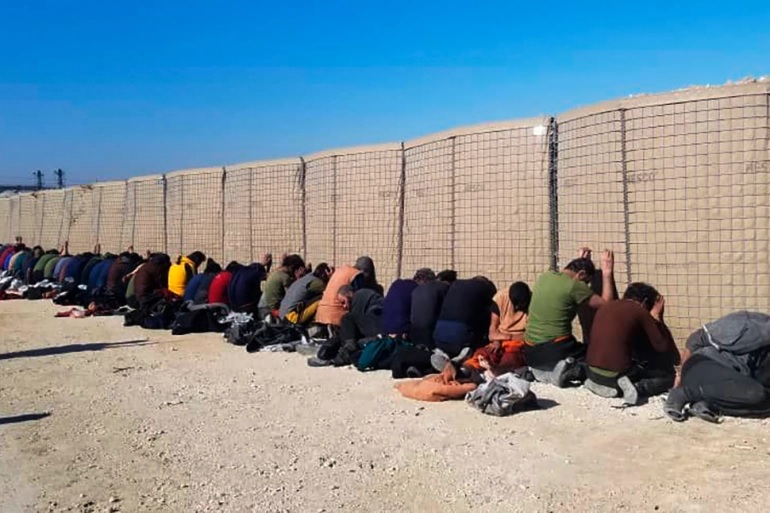 At least 120 people have been killed in ongoing battles between US-backed, Kurdish-led forces and ISIL (ISIS) fighters after an attack on a Syrian prison, Aljazeera reported.

The UK-based Syrian Observatory for Human Rights said “at least 77 IS members and 39 Kurdish fighters, including internal security forces, prison guards and counter-terrorism forces have been killed” in the attack that started on Thursday.

ISIL claimed responsibility for the prison break on its Amaq media mouthpiece on Friday. A video it released on Saturday purported to show armed men infiltrating the prison and raising the group’s black flag as they stormed the Kurdish-run Ghwayran jail in Hasakeh city. Al Jazeera could not independently verify the authenticity of the footage.

At least seven civilians were also killed in the fighting, according to the SOHR.

The Kurdish-led Syrian Democratic Forces (SDF) said on Sunday it tightened its siege, aided by US-led troops, and that 17 of its soldiers had been killed.

The SDF had initially said it had thwarted the breakout and arrested 89 fighters sheltering nearby but later acknowledged inmates had taken over parts of the facility.

An SDF spokesman also said the militia had recaptured 104 prisoners who escaped, but the total number of those who broke out had not been determined.

Attackers detonated a car bomb near the prison gates, helping dozens of inmates flee into the Ghwayran district.

The SDF’s top military commander, Mazloum Abadi, said on Friday ISIL had mobilised “most of its sleeper cells” to organise the prison break.

The US Pentagon confirmed the coalition against ISIL carried out air attacks in support of the SDF as it sought to end the prison break.

The violence was the deadliest in detention centres holding thousands of suspected ISIL members arrested after they were defeated with US support in north and east Syria.

It was not clear how many inmates were in the prison, which is the biggest facility where the SDF keeps thousands of detainees. Human Rights Watch estimates the SDF holds about 12,000 men and boys suspected of ISIL affiliation, including 2,000 to 4,000 foreigners from about 50 countries.

The battles have triggered a civilian exodus from neighbourhoods around Ghwayran with families fleeing in the harsh winter cold as Kurdish forces closed in.

“Thousands have left their homes near the prison, fleeing to nearby areas where their relatives live,” Sheikhmous Ahmed, an official in the autonomous Kurdish administration, told the AFP news agency.

ISIL has resorted to guerrilla-style attacks since losing its last significant piece of territory in Syria in 2019.

Despite their defeat, ISIL sleeper cells have carried out deadly attacks against SDF as well as government forces on the west bank of the Tigris River in eastern Syria.

Freeing comrades has been a main tactic of the group. During its 2014 surge that overwhelmed territory in Iraq and Syria, ISIL carried out multiple prison breaks.

It was not immediately clear whether the prison break was part of a centrally coordinated operation, timed to coincide with an attack on a military base in neighbouring Iraq, or the action of a local ISIL cell.