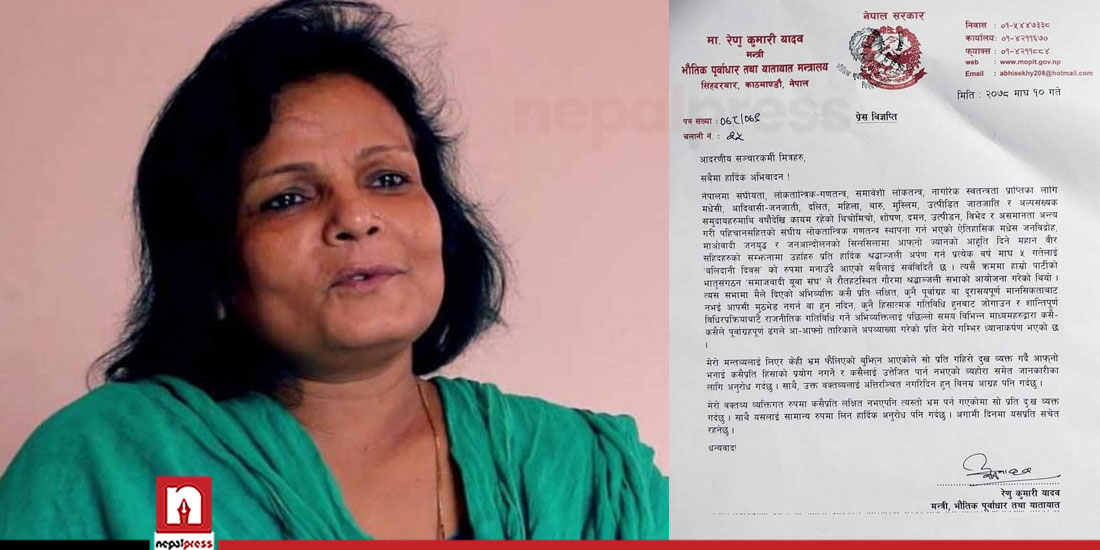 KATHMANDU: Minister for Physical Infrastructure and Transport Renu Kumari Yadav has claimed that her threat of repeating the Gaur massacre was not targeted at anyone and was not made to incite the violence.

Issuing a statement on Monday, the minister urged the people to take the matter normally and not to exaggerate her statement.

Speaking at a programme organised in Gaur on January 19, Minister Yadav had described the Gaur massacre as a matter of pride and also warned that CK Raut and his cadres will meet the same fate as the Maoist cadres if they challenged her.