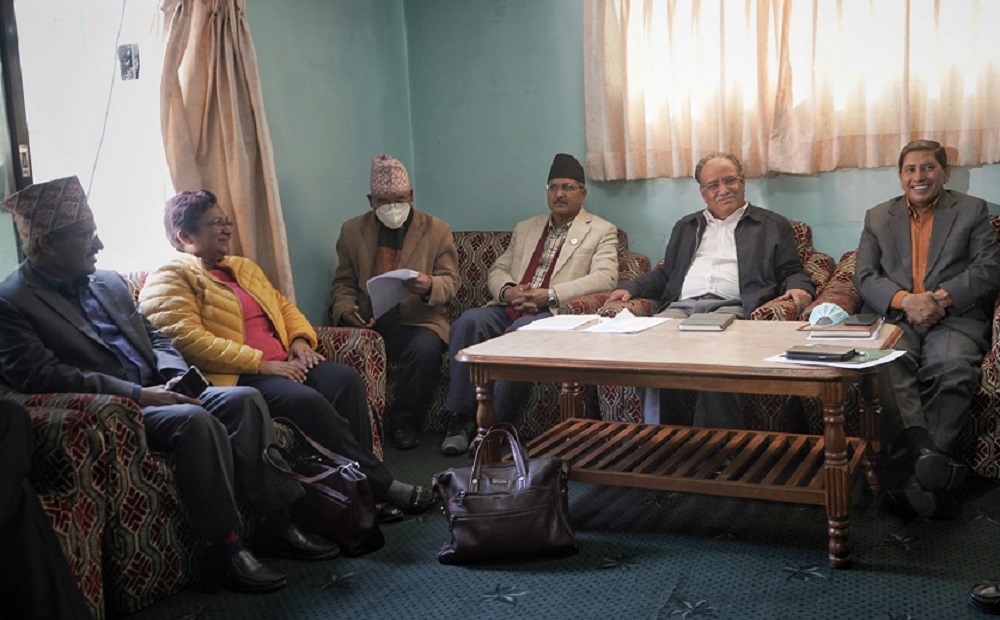 KATHMANDU: CPN (Maoist Centre), one of the key partners of the ruling coalition, has discussed holding all three tiers of elections in one go.

A Standing Committee meeting of the party held on Saturday discussed holding the local, provincial and federal elections at the same time.

Party spokesperson Krishna Bahadur Mahara said that the meeting discussed holding all three levels of elections at once and the issue will also be discussed in the meeting of the mechanism today.

He said that the party’s official opinion will be made public after holding a discussion at the meeting.

The ruling coalition parties have not been able to fix the date of local level elections yet.

The Election Commission had urged the government to hold the local level elections on April 27.

Addressing the nation on Friday, the Prime Minister had said that all the three levels of elections will be held within this year.