One arrested with over 7,000 litres of low-quality honey from Kathmandu 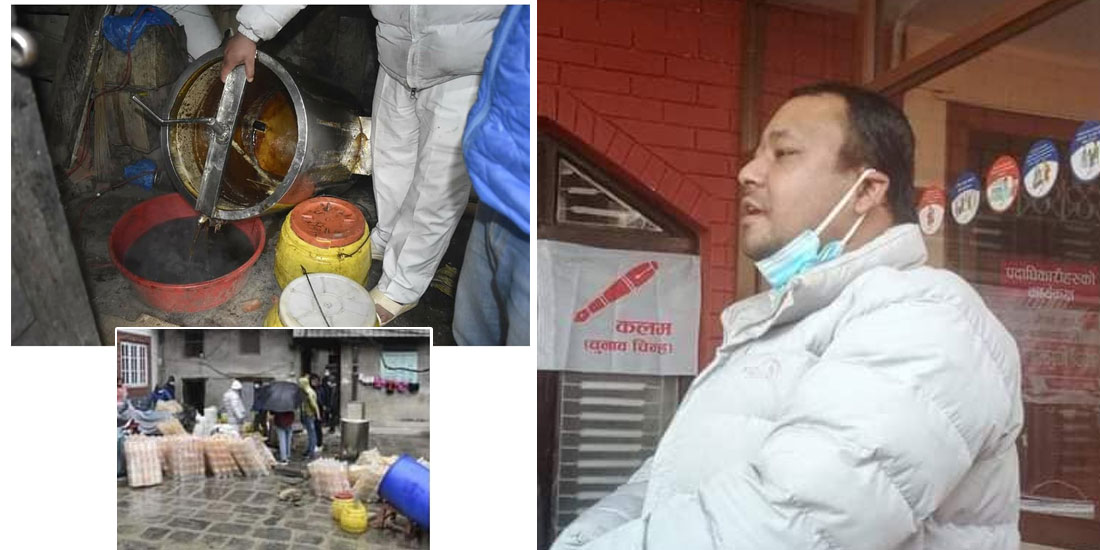 KATHMANDU: Police have arrested a man for selling low-quality honey from Jyatha, Kathmandu.

The arrestee has been identified as Naresh Bahadur Shrestha, Chairman of Sindhupalchok-Kathmandu Samparka Manch of CPN (Unified Socialist).

A team of the Metropolitan Police Crime Division (MPCD) arrested Shrestha with over 7,000 litres of honey.

MPCD Spokesperson Krishna Pangeni said that Shrestha was found selling the honey by pasting the label of Sparsha Honey.