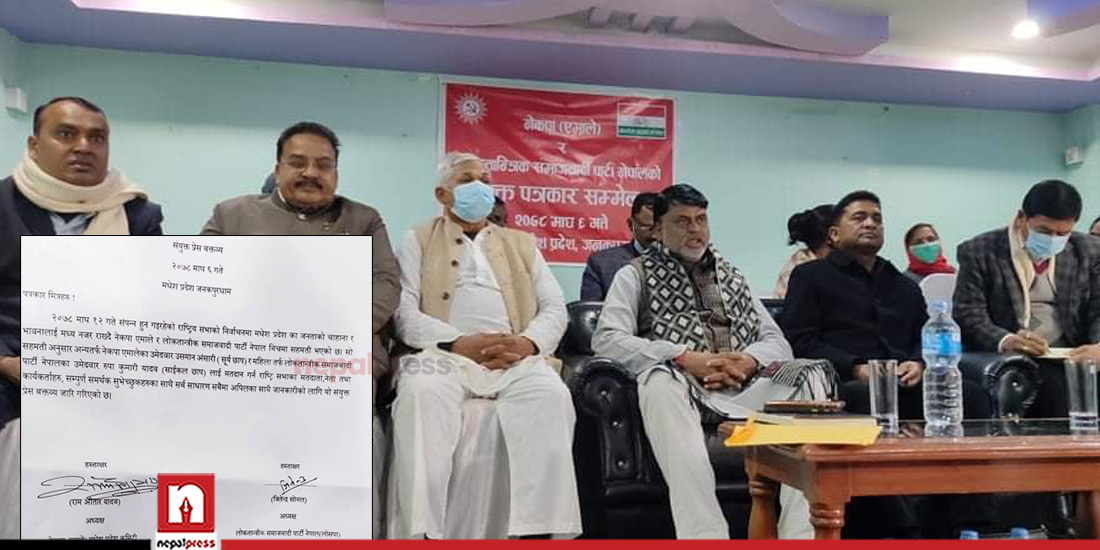 KATHMANDU: CPN-UML and Democratic Socialist Party have forged an alliance in the Madhes Province for the National Assembly elections scheduled for January 26.

Both the parties announced their alliance by organising a press conference in Janakpur on Thursday.