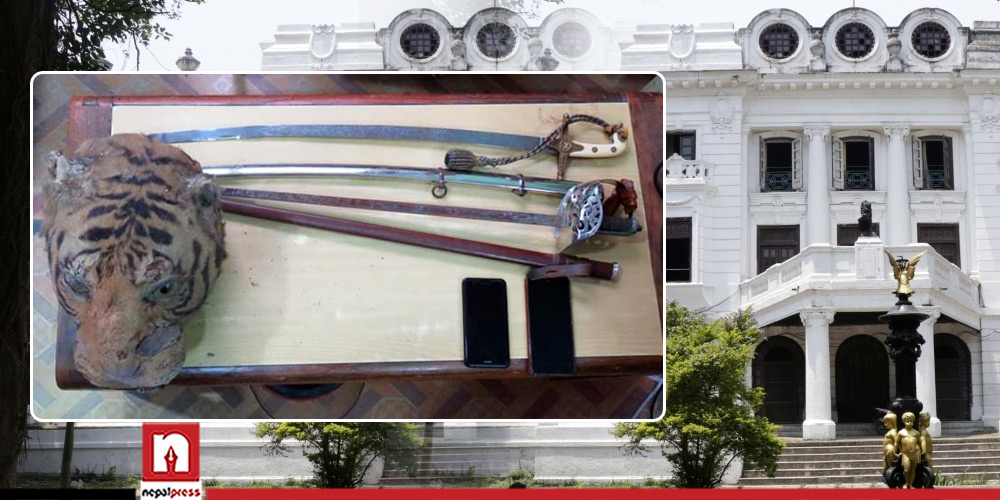 KATHMANDU: Police on Thursday arrested four staffers of the Keshar  Mahal on the charge of stealing two swords and a tiger’s head from the palace.

A team of the Metropolitan Crime Division arrested them from Durbarmarg today.

Police said that the group had concealed the items near the bathroom after stealing from the palace.

Though they had stolen the items on January 2, the incident came to light only today.

Keshar Mahal is a Rana Palace built by Keshav Shumsher Rana which is located at Lainchaur in Kathmandu. The palace was handed over to the government in 2021 B.S.