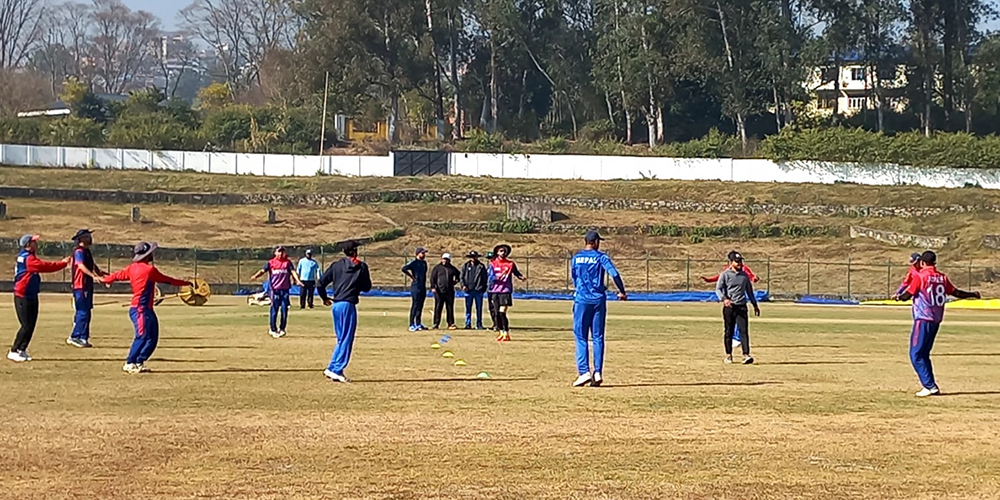 KATHMANDU: The Cricket Association Of Nepal (CAN) has announced a 16-member national cricket team for the T20 World Cup Qualifiers.

The CAN announced the team on the recommendation of the national cricket team head coach Pubudub Dassanayake.

However, regular players like Binod Bhandari and Sompal Kami are not included in the 16-member team. Sompal has been replaced by Jitendra Mukhiya.

Similarly, Bibek Yadav and Lokesh Bam have been included in the national team for the first time. They were playing in the U-19 national cricket team .

The Group ‘A’ match of the T20 World Cup qualifiers will be held in Oman from February 17 to 24. There are eight teams in the group and the top two teams will be selected for the T-20 World Cup.