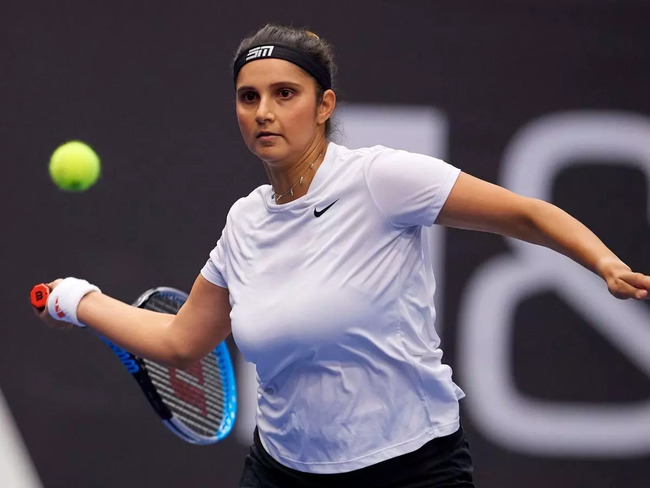 Former Wimbledon doubles champion Sania Mirza, one of India’s most celebrated sports stars, has announced she will retire from tennis after 2022, BBC reported.

Mirza’s comments came after her first-round loss in the women’s doubles in the Australian Open, reports said.

“I’ve decided that this will be my last season. I’m taking it week by week. Not sure if I can last the season, but I want to,” she told reporters.

But injury soon forced her to concentrate on doubles – in 2015 she won at Wimbledon with Swiss player Martina Hingis, then went on to win the US and Australian Opens.

She came close to securing an Olympics medal at the 2016 Rio Olympics when she and Rohan Bopanna played the semi-finals against Venus Williams and Rajeev Ram, but eventually lost.

Mirza started playing tennis as a teenager during summer holidays, but took it up seriously after she began winning adult tournaments – she picked up her first senior title aged 15 at the 2002 Asian Games.

She entered the WTA Tour in 2003 and later reached a career-high singles ranking of 27 in the world, still the highest by an Indian woman.

Mirza also received plenty of attention for her life outside tennis – including for her marriage to former Pakistan cricket captain Shoaib Malik. The couple have a three-year-old son.

In 2019, she returned to competitive tennis after a two-year maternity break.

She has been credited with inspiring young women to play tennis in a cricket-obsessed country.

She also regularly made headlines for her strong responses to being trolled over issues such as the choice of her partner to the outfits she wore.