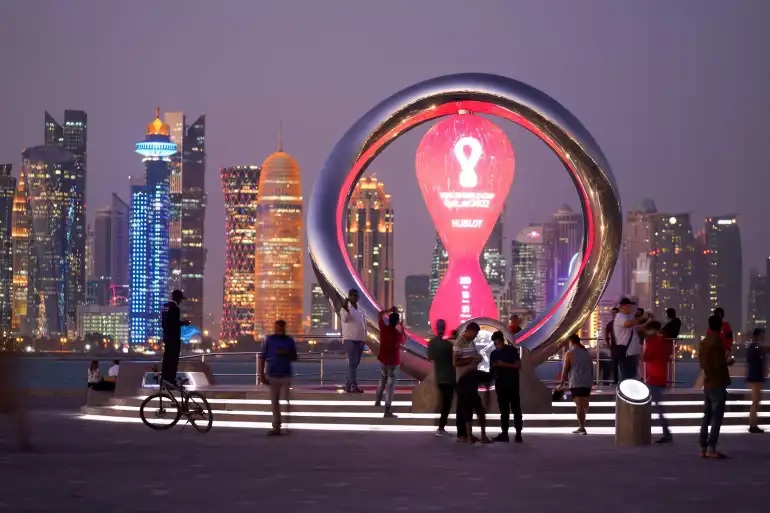 Tickets for the Qatar 2022 World Cup have been put on sale with prices for residents wanting to attend the games starting at 40 Qatari riyals ($11), the cheapest for locals since the 1986 World Cup in Mexico, Aljazeera reported.

Neither FIFA nor the local organising committee has announced how many fans will be allowed into stadiums for the first World Cup in an Arab country, which runs from November 21 until December 18.

The cheapest seats on general sale internationally to watch the hosts open the World Cup on November 21 cost 1,100 riyals ($302), up from $220 in Russia.

Fans applying until February 8 will go into a draw with those who are successful to be notified by March 8.

The ticket process is beginning with only 13 of the 32 slots at the tournament filled and qualifying not concluding until the intercontinental playoffs in June.

Seven stadiums have been purpose-built and one refurbished for the World Cup but as there will not be enough hotels some fans may have to stay on cruise ships for the event.

“The first FIFA World Cup in the Middle East and Arab world will be an extraordinary event,” said Nasser al-Khater, CEO of Qatar 2022.

“Qatar cannot wait to bring fans together to celebrate their shared passion for football, experience a new culture and enjoy everything that our country and region have to offer.”

Organisers have predicted up to 1.2 million visitors could pour in for the 32-team tournament.

With the Omicron variant ravaging many countries, Qatar currently imposes tight restrictions on visitors including quarantine for new arrivals.

FIFA and the Qatar government “are committed to putting health first” and would set on “required safeguards” for the tournament, FIFA said.

Fans will need a special pass – a Hay’ya Card – to access stadiums and this could include COVID testing information.

FIFA aims to generate $500m from hospitality rights and ticket sales across the eight stadiums.

Qatar’s treatment of migrant workers and its human rights record have been under the spotlight since it was awarded the hosting of the 2022 World Cup in 2010.

The meeting included FIFA President Gianni Infantino and head of the tournament’s organising body Hassan Al Thawadi as well as members of the European Parliament, the Council of Europe and political representatives from parliaments across Europe.

“From day one, we have been committed to ensure a legacy is delivered before the tournament and that this legacy lasts beyond the tournament too, specifically on labour reform but on other topics as well,” Al Thawadi said.