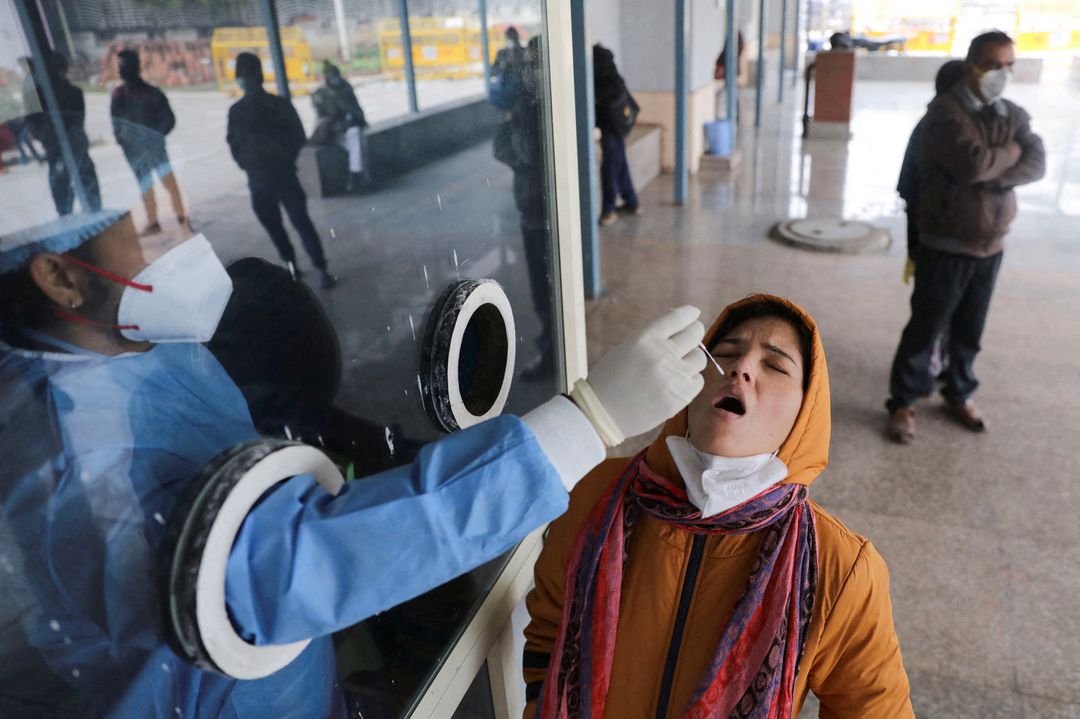 India reported new coronavirus infections at an eight-month high on Wednesday and a government scientist warned it will take weeks before data on hospitalisations and deaths will show how severe the latest wave driven by the Omicron variant will be, Reuters reported.

The federal authorities have said Omicron was causing fewer hospitalisations and deaths than the Delta variant, which killed hundreds of thousands last year.

But Tarun Bhatnagar from the ICMR-National Institute of Epidemiology in Chennai said the impact of the current run-up in infections will show up with a lag.

“We have to worry about hospitalisation and deaths and that will come later,” he told Reuters in a phone interview.

“There will always be a lag of two-three weeks.”

India reported 282,970 new infections over the last 24 hours, the highest in eight months, bringing the total to 37.9 million, second-highest globally behind the United States. Deaths crept up to 441 fatalities, including 83 from a previous wave that the southern state of Kerala is recording only now, making the nationally tally one of the highest this year.

While infection rates have recently fallen in India’s big cities, experts say cases nationally could peak by the middle of next month.

About 70% of its 939 million adult population has received two primary vaccine does and a booster campaign for health workers and at-risk population is underway. But millions still await their first shot and Bhatnagar cited reports from some states that those unvaccinated or not fully vaccinated make up more than 90% of intensive care patients.

India also reported on Wednesday the first major rise in COVID-19 testing in a week after the health ministry warned states of the risks of missing the spread of the virus.

States performed about 1.9 million tests on Tuesday, the highest since Jan. 12 and near India’s daily testing capacity of more than 2 million.