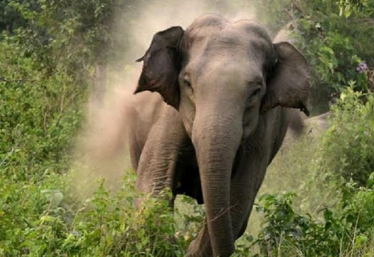 The identity of the deceased has not been disclosed yet.

Dhurbe, the wild bull elephant that killed 15 people five years ago, attacked the soldier while had gone for patrolling on a bicycle at around 7 pm yesterday, Chitwan National Park Information Officer Ganesh Prasad Tiwari said.

Critically injured in the attack, the soldier breathed his last during the course of treatment at the Bharatpur Hospital at around 11:30 pm.