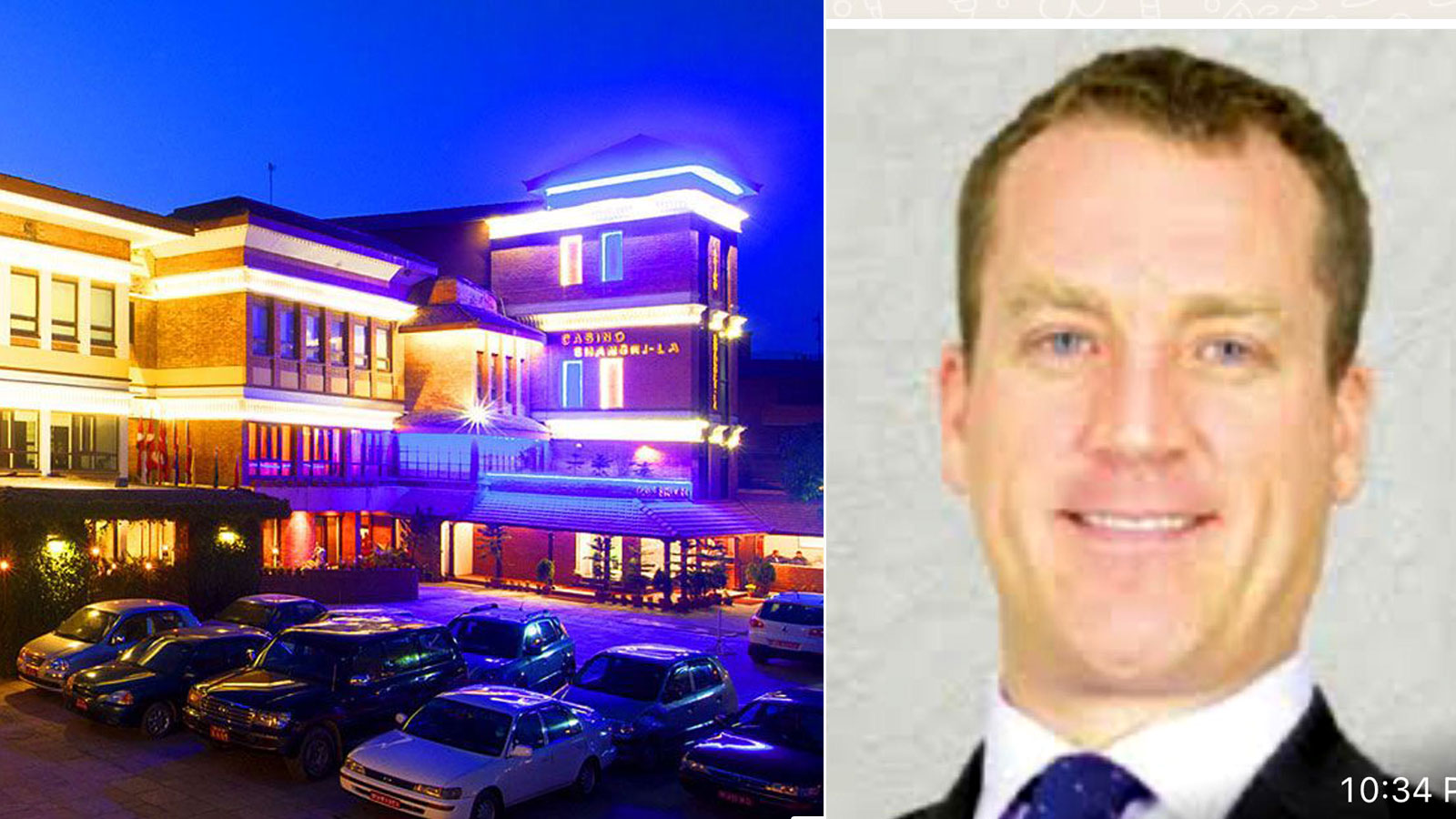 Officiating CEO of the Casino Bolsover was held from Tribhuvan International Airport at 10 pm on Saturday as he was about to leave for South America. It is said Bolsover has not paid Rs 130 million he owes to the government for operating the casino. He was held as he was trying to escape without paying tax.

He has not paid the revenue of the two casinos he has been operating. Bolsover has been running a casino each at Shangri-La Hotel at Lazimpat in Kathmandu and at Tiger Palace in Bhairahawa with an investment of OCP Asia. He owes Rs 65 million to the government from each casino. He was required to pay the tax within January 14 but had not done so and was trying to escape from the country.

The eight casino companies in operation have deposited at least Rs 400 million in the government accounts following Minister Ale’s directives. However, SHL Management Pvt Ltd had not deposited Rs 130 million it owed as revenue to the government.

The Supreme Court had also ordered the Company not to carry out any transactions. RSS