6 killed, 8 injured as jeep skids off road in Tanahun 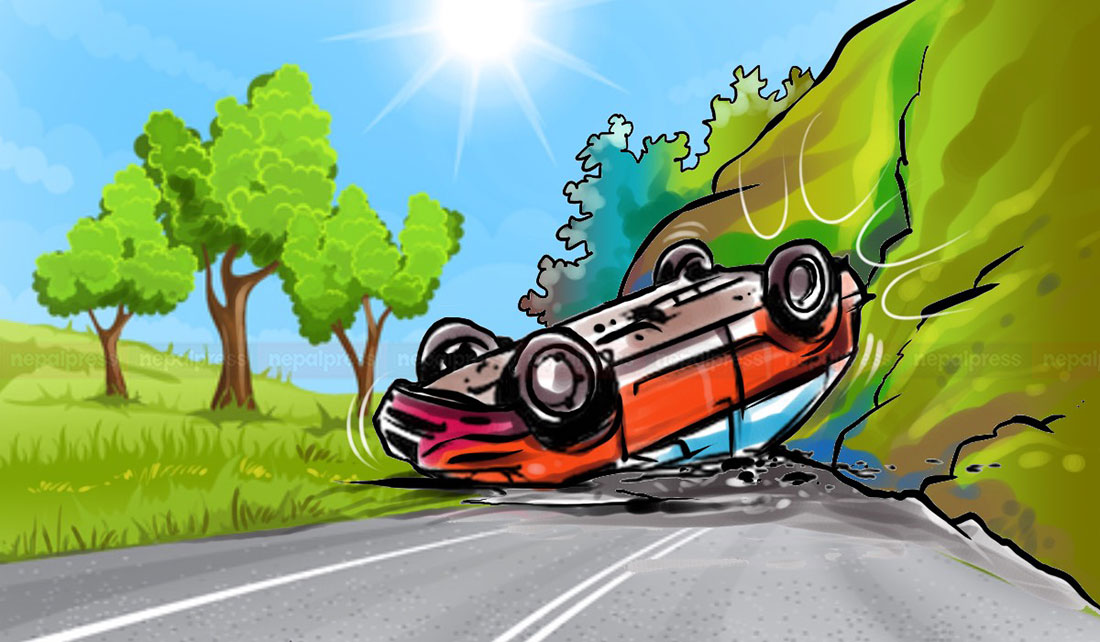 TANAHUN: A jeep met with an accident at Hatiya Bokse in Bandipur-6, Tanahun on Saturday, killing six persons including a nine-month-old child and injuring eighth others.

Police said that Santa Bahadur Gurung (48) and B Maya Gurung (50), who were critically injured in the incident, breathed their last during the course of treatment.

The incident occurred when the jeep (Ga 1 Ja 6555) heading towards Dharampani Bokse from Sarangghat, Bandipur-6, Tanahun skidded of the road and fell some 200 metres down.

There were 17 persons on board the ill-fated jeep when the tragedy occurred.

Police said that the driver fled the scene after the incident l.

The injured have been sent to Bharatpur for treat and one person is said to be critical.