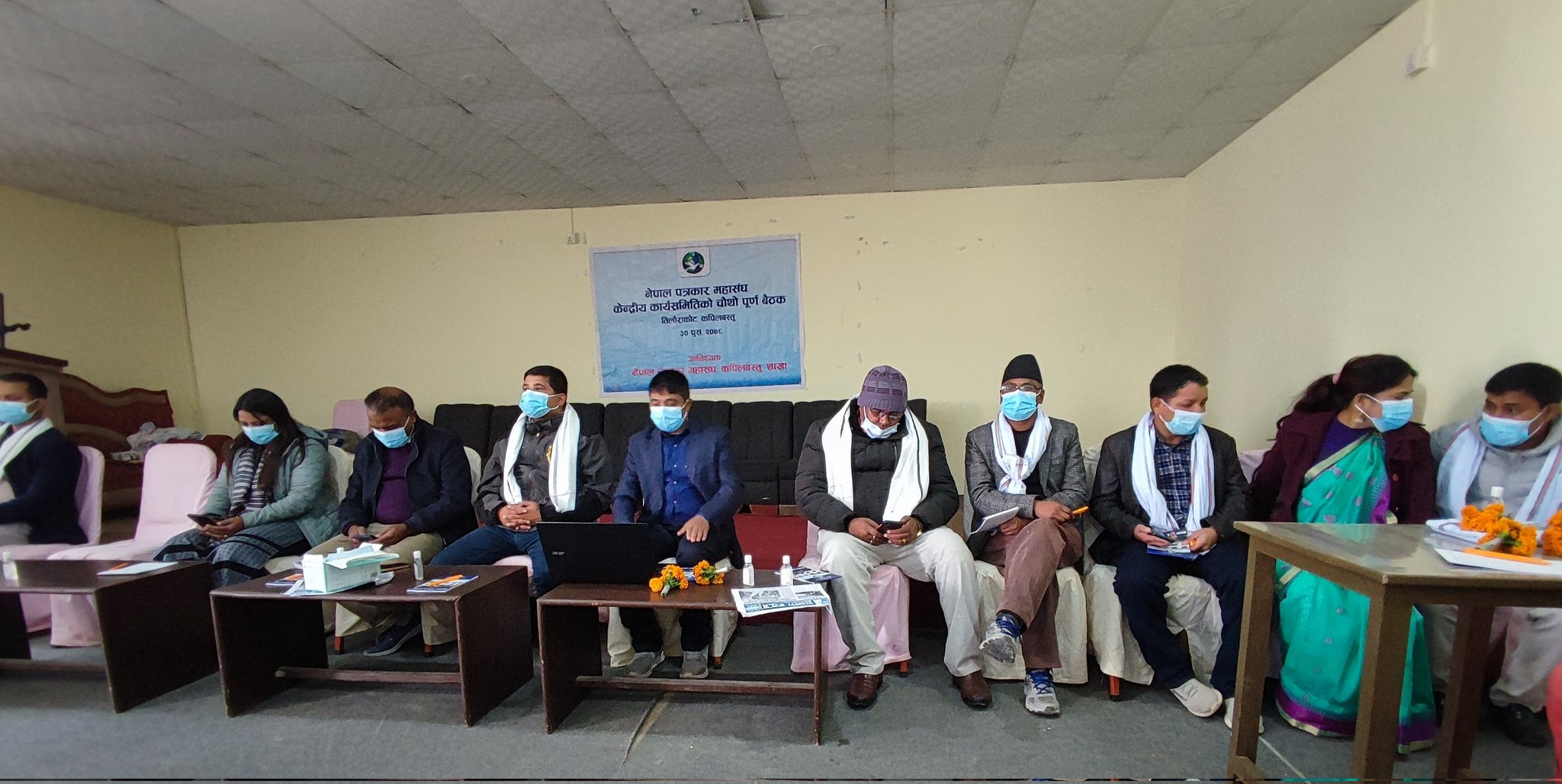 KATHMANDU: Federation of Nepali Journalists (FNJ) Bipul Pokharel has apologised for his involvement in the media award.

A Central Committee meeting has started after he expressed his commitment to form a probe committee.

The FNJ meeting that commenced in Kapilvastu from Friday was disrupted after the central members demanded fair investigation into Pokharel’s involvement in the media award.

Elected central members of the Press Centre and Samajbadi Press Organisation had boycotted the meeting arguing that the meeting could not be held under the headship of a man involved in the fraudulent activities.