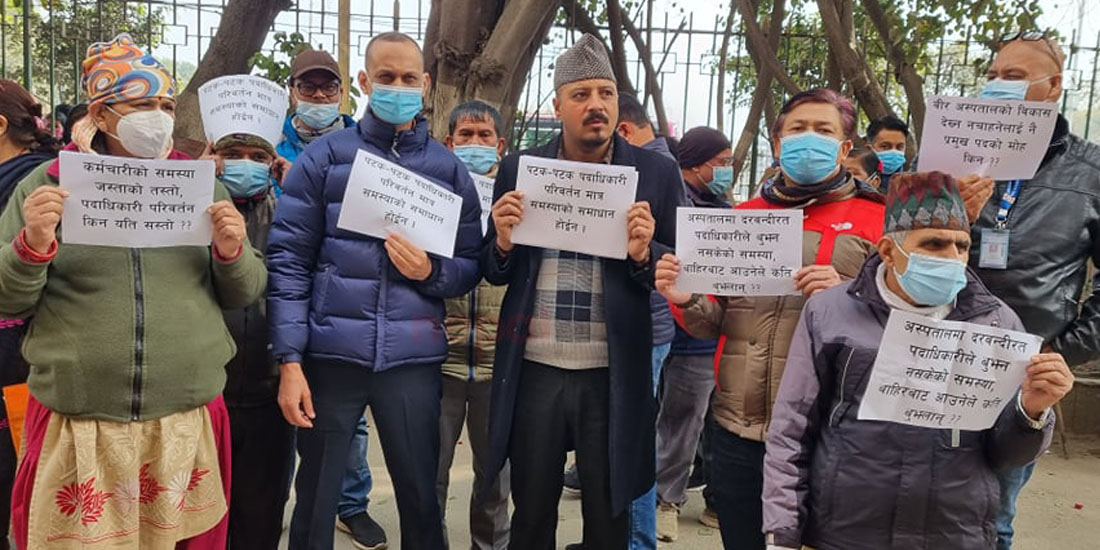 KATHMANDU: Bir Hospital staffers on Wednesday staged a demonstration in the premises of the oldest medical facility in the country to stop Dr Guna Raj Lohani, who was transferred as the administrative head of the Covid Unified (Bir Hospital), from entering the hospital.

Saying that a person from outside the hospital could not understand the inside problems, the staffers carrying placards staged the demonstration this morning demanding that the transfer be scrapped at the earliest and appoint a new one from the hospital.

Lohani is also a member of the CPN (Maoist Centre)’s Health Department.

The government had appointed Dr Bhupendra Basent as the administrative head of the Covid Unified by removing Jageshwor Gautam.

At a time when the hospital has been witnessing progress after the appointment of Basnet, the staffers said that they would not accept Lohani as the administrative head of the Covid Unified.