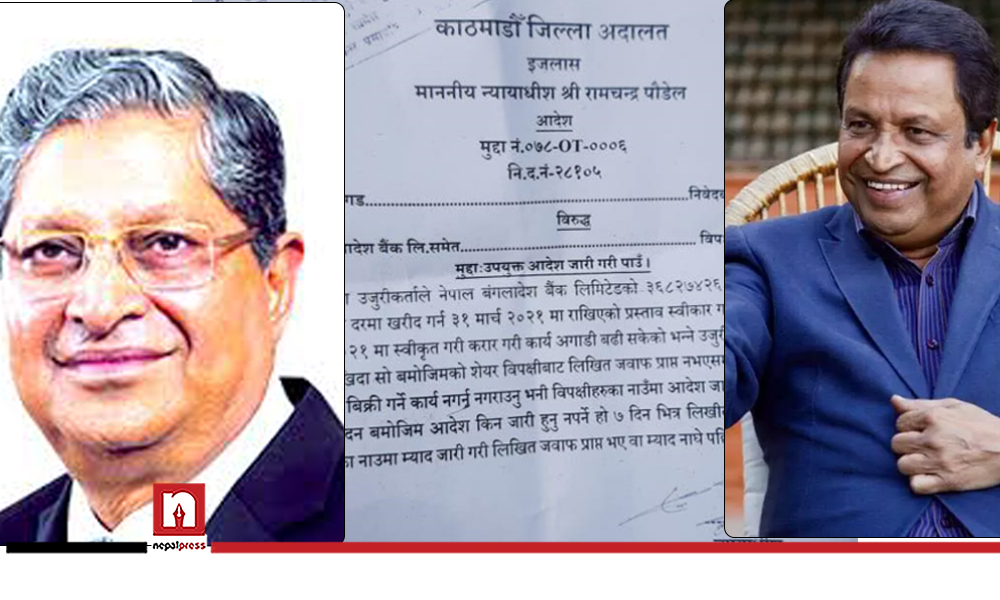 KATHMANDU: The Kathmandu District Court on Wednesday issued an order to stop the process to trade the shares of ICFC Bank which are in the Nepal Bangladesh Bank.

Following the order, around 41 percent shares which were on sale have been stopped to trade.

Chaudhary Group had tried to purchase the shares of the ICFC Bank.

The Kathmandu District Court issued the order in response to the complaint filed by Sunrise Bank Chairman Motilal Dugad.

The court has also ordered the Nepal Bangladesh Bank to furnish written clarification with a week.

Earlier, the ICFC Bank had decided to sell its 41 percent shares to the Sunrise Bank.

It had been agreed to sell the promoter share of Bangladesh Bank at Rs 157. Dugad was about to buy the shares of Rs 6 billion.