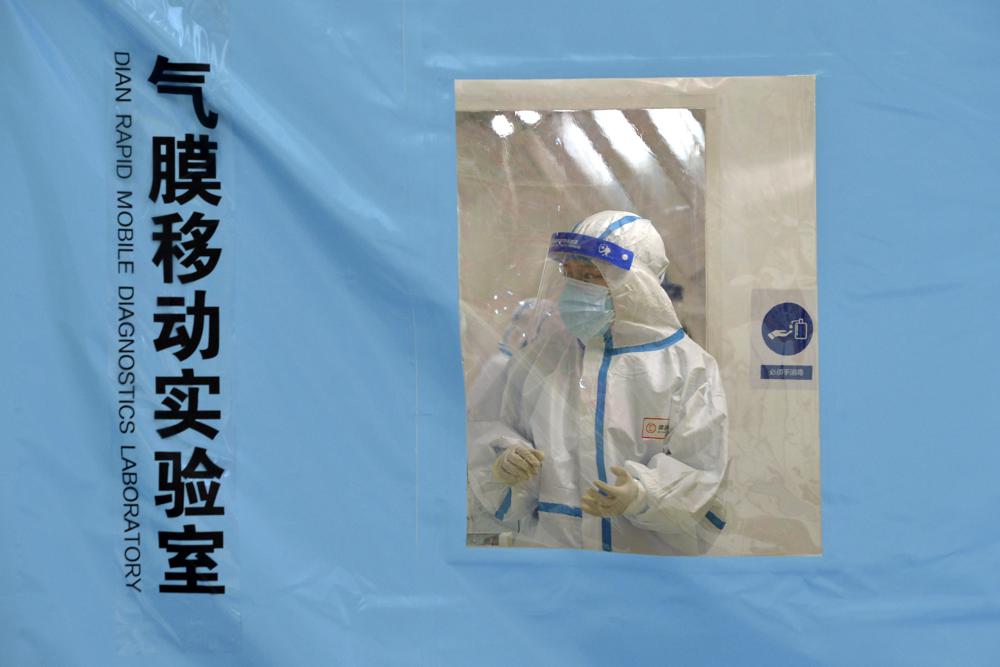 BEIJING: The northern Chinese city of Tianjin ordered a second round of COVID-19 testing on all 14 million residents Wednesday following the discovery of 97 cases of the omicron variant during initial screenings that began Sunday, Associated Press reported.

Residents are to remain where they are until the results of all the nucleic acid tests are received, the official Xinhua News Agency said.Xinhua said authorities have carried out almost 12 million tests so far, with 7.8 million samples returned. Infections were first reported on Saturday in the city that is only about an hour from Beijing, which is to host the Winter Olympics from Feb. 4.

The city’s COVID-19 prevention and control office said all who have tested positive in the initial testing round were found to have the omicron variant, of which China has so far only reported a handful of

cases. The source of the outbreak is still unknown and many who are spreading the strain may be doing so unwittingly because they show no symptoms.

Millions more are under lockdown in other Chinese cities under the strict “dynamic zero-case policy” that has allowed China to largely contain major outbreaks, although at considerable cost to the local economy.