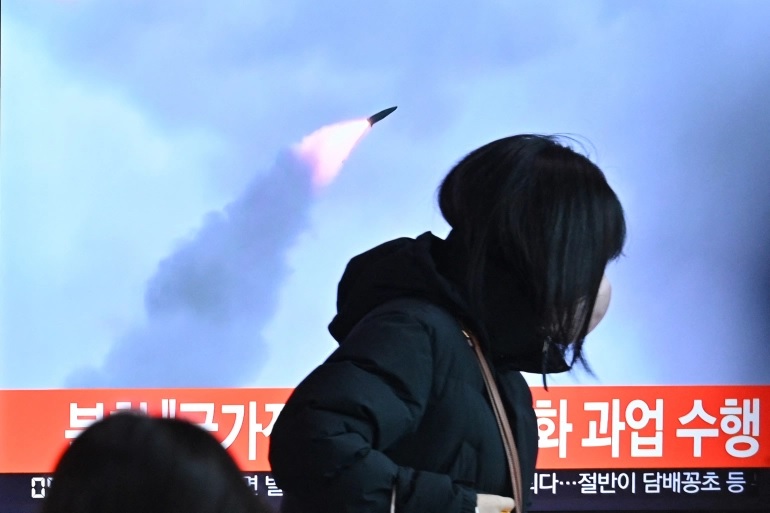 North Korea fired what may have been a ballistic missile on Tuesday morning, Japan and South Korea said, less than a week after Pyongyang tested what it said was a hypersonic weapon, Aljazeera reported.

“Our military detected a suspected ballistic missile fired by North Korea from land towards the East Sea at around 7.27am (22:27 GMT on Monday) today,” Seoul’s Joint Chiefs of Staff said in a statement.

The launch was also reported by Japan’s coast guard, which said the North had fired a “ballistic missile-like object”.

“These actions increase the risk of miscalculation and escalation and pose a significant threat to regional stability,” Linda Thomas-Greenfield, the US Ambassador to the United Nations, said in the statement on Monday.

“(North Korea) makes these military investments at the expense of the wellbeing of the North Korean people,” she said.

Denuclearisation talks have been stalled since a flurry of summitry between North Korean leader Kim Jong Un and then US President Donald Trump collapsed in 2019.

Thomas-Greenfield reiterated calls for North Korea to return to talks and abandon its missiles and nuclear weapons.

“Our goal remains the complete, verifiable, and irreversible denuclearization of the Korean Peninsula,” she said.

Pyongyang is banned from testing all kinds of ballistic and nuclear weapons tests by the United Nations and subject to UN sanctions.

North Korea’s state media said last Thursday that it had launched a hypersonic missile, adding that the weapon had successfully hit a target. The launch had been detected by Japan and South Korea the day before.

Kim Jong Un has said he is committed to modernising the North’s military, and the country previously claimed to have tested a hypersonic missile last September.

Unlike ballistic missiles that fly into outer space before returning on steep trajectories, hypersonic weapons fly towards targets at lower altitudes and can move at more than five times the speed of sound – or about 6,200 kilometres per hour (3,850 miles per hour).

In 2021, it also tested what it said was a new type of submarine-launched ballistic missile (SLBM), a long-range cruise missile, and a weapon launched from a train.

North Korea insists negotiations can only resume when the US and other countries end what it considers “hostile” policies.

But the military’s advances have come as the economy has come under increasing pressure not just from sanctions, but strict border closures as a result of the COVID-19 pandemic.