‘More than a dozen killed’ by Ethiopian drone attack in Tigray 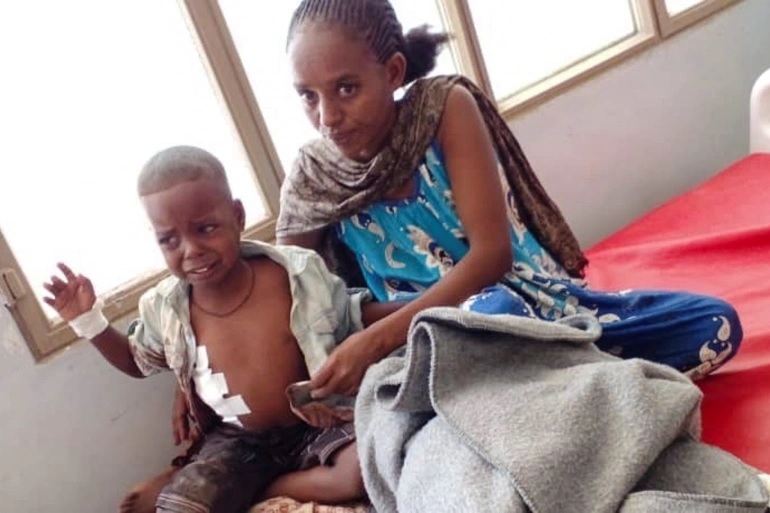 At least 56 people were killed and 30 injured, including some children, in a drone attack on a camp for displaced people in Tigray on Friday.

A report by the zonal administration said women at a flour mill made up most of the casualties in Monday’s drone attack, a source who saw the report told The Associated Press news agency. The source spoke on condition of anonymity because they were not authorised to speak about it to reporters.

Such drone attacks have been reported almost daily in Tigray, a humanitarian worker in the town of Shire told the AP.

The aid worker shared photos of partially charred bodies and small corpses laid out on the ground.

A spokesman for Ethiopia’s government and military did not respond to questions about Monday’s drone attack.

Biden expressed concerns with Ethiopia’s prime minister about detentions and civilian killings in the war against Tigray forces while commending Abiy for the release of several high-profile political prisoners.

The White House said Biden raised to Abiy the air attacks that continue to cause civilian casualties and suffering in Africa’s second-most populous nation.

The statement added that the leaders “discussed ways to accelerate dialogue toward a negotiated ceasefire, the urgency of improving humanitarian access across Ethiopia, and the need to address the human rights concerns of all affected Ethiopians, including concerns about detentions of Ethiopians under the state of emergency”.

Abiy on Twitter described the conversation with Biden as “candid” and both agreed “there is great value in strengthening our cooperation through constructive engagement founded on mutual respect”.

The call was requested by Biden after Jeffrey Feltman, the outgoing US special envoy to the Horn of Africa, visited Ethiopia last week for talks with senior leaders.

Meanwhile, aid organisations suspended their operations in the area of northwest Tigray where the attack took place, the United Nations agency for humanitarian affairs said on Sunday, citing an ongoing threat of drone attacks.

UN Secretary-General Antonio Guterres in a statement on Monday said the UN and its partners were working with authorities to urgently mobilise emergency assistance to the area of a refugee camp in Tigray hit by another air attack last week that killed three Eritrean refugees.

Human rights groups and the UN have raised concerns about large-scale detentions of ethnic Tigrayans. Abiy’s government has denied any ethnically motivated detentions were taking place.

The more than yearlong war has created a devastating humanitarian crisis.

The conflict entered a new phase in late December when Tigray forces retreated into their region amid a new military offensive and Ethiopian forces said they would not advance further there.

Ethiopia’s government has sought to restrict reporting on the conflict and detained some journalists, including a video freelancer accredited to the AP, Amir Aman Kiyaro.