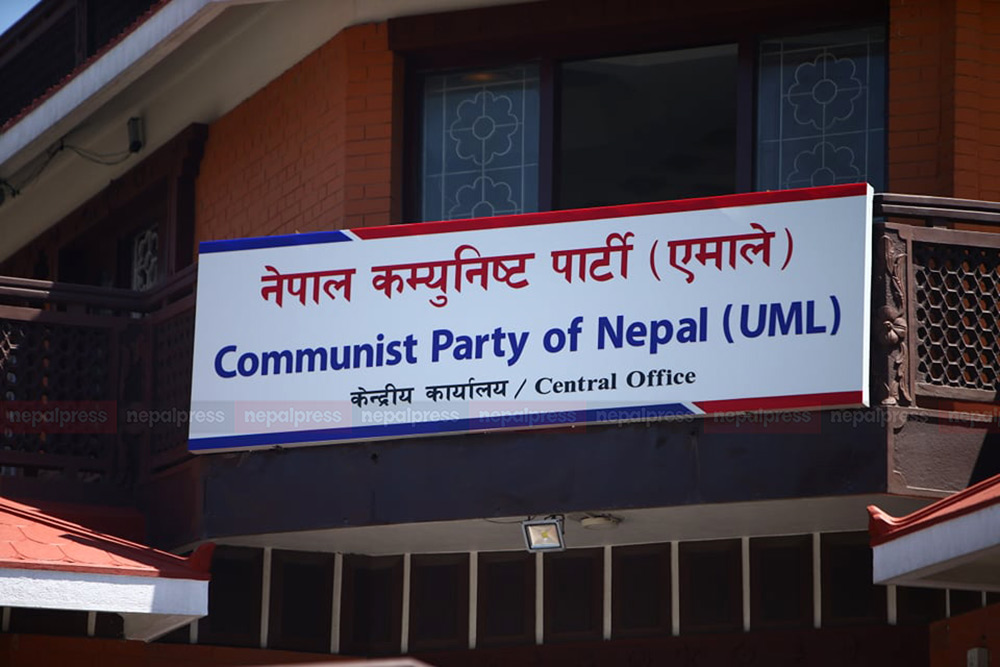 KATHMANDU: The province convention of the main opposition CPN-UML has been postponed due to the increasing cases of coronavirus.

Central Office Secretary of the party Bhisma Adhikari said that the convention scheduled for January 22 has been postponed for February 11-12.

Adhikari said that all the provinces have already been informed about the same.

Similarly, the party has directed to complete the conventions of remaining districts by February 5.

Meanwhile, the government has banned gatherings of more than 25 people in public places to prevent the spread of Covid-19.

The government has also shut down all the schools from today until January 29.

Similarly, the government has decided to administer Covid-19 vaccine to the children of school age group of the Kathmandu Valley from today.

According to the Ministry of Health and Population, Covid-19 vaccine will be administered to the children between 12 and 17 years of age of Kathmandu, Bhaktapur and Lalitpur in schools.