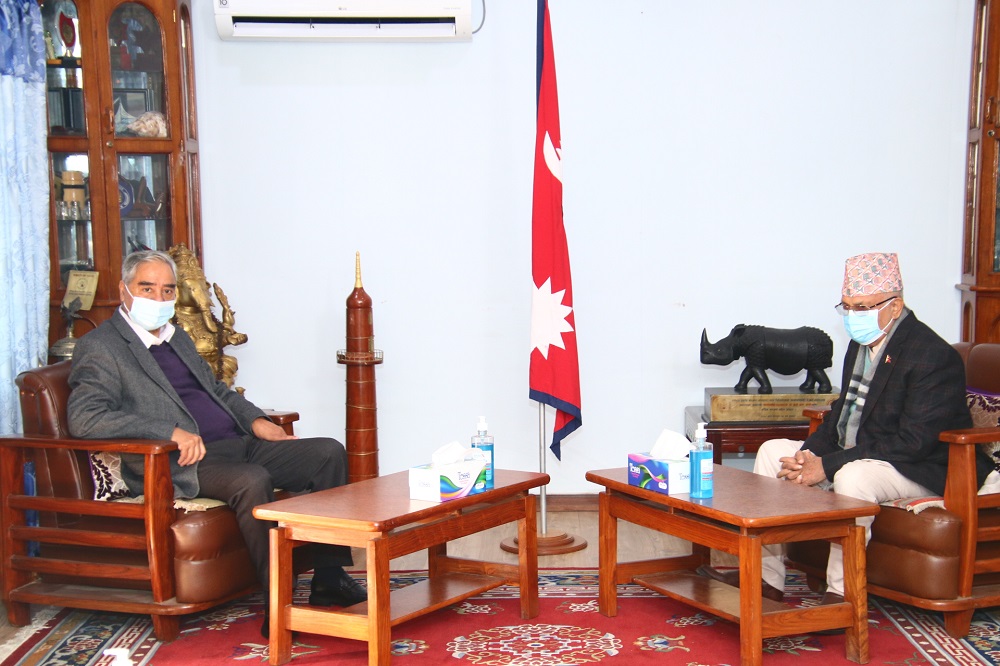 PM Deuba had reached the residence of Oli at around 10:30 am this morning.

It is said that the one-on-one talk between the duo leaders discussed various issues including the removal of parliament obstruction.

Prime Minister Deuba reached Oli’s residence in Balkot after the UML remained absent in an all-party meeting called earlier by PM Deuba to discuss the removal of the parliament obstruction.

Earlier, NC leader Ram Chandra Poudel, also coordinator of the high-level mechanism formed to help run the incumbent government, reached Oli’s residence in Balkot and held a discussion with him.

The UML has been continuously obstructing the parliament session putting forth various demands. RSS