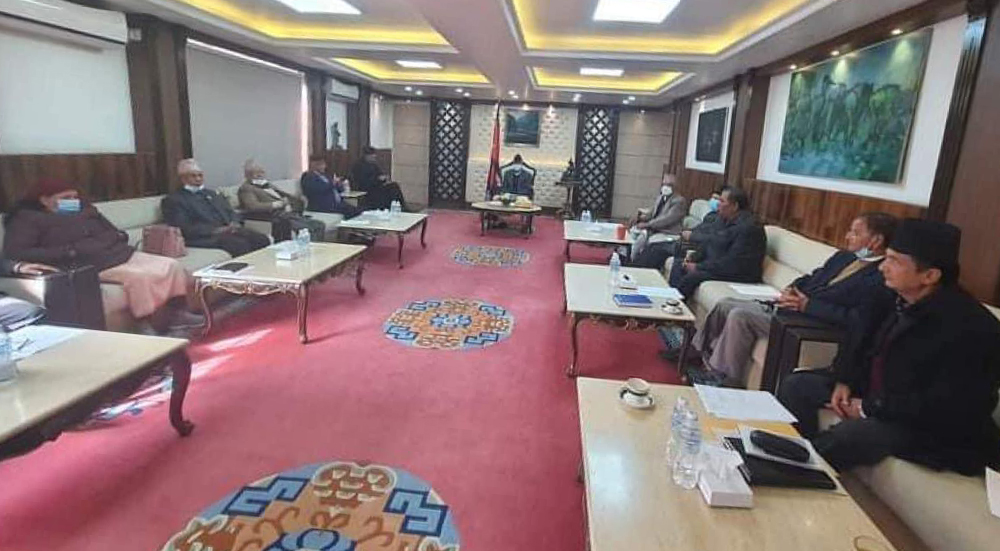 The Coordination Committee meeting of the coalition held at the PM’s official residence in Baluwatar on Friday urged Prime Minister Deuba to resolve the problems by meeting UML Chairman Oli in person.

Coalition Coordinator and Nepali Congress leader Ram Chandra Paudel said that the meeting authorised Prime Minister Deuba to hold talks with Oli as the House should not be taken hostage for a long time.

“We have urged the Prime Minister to hold talks with the leader of the main opposition party on ending the House obstruction. The country will be pushed into crisis if the House is obstructed for a long time,” Paudel said.