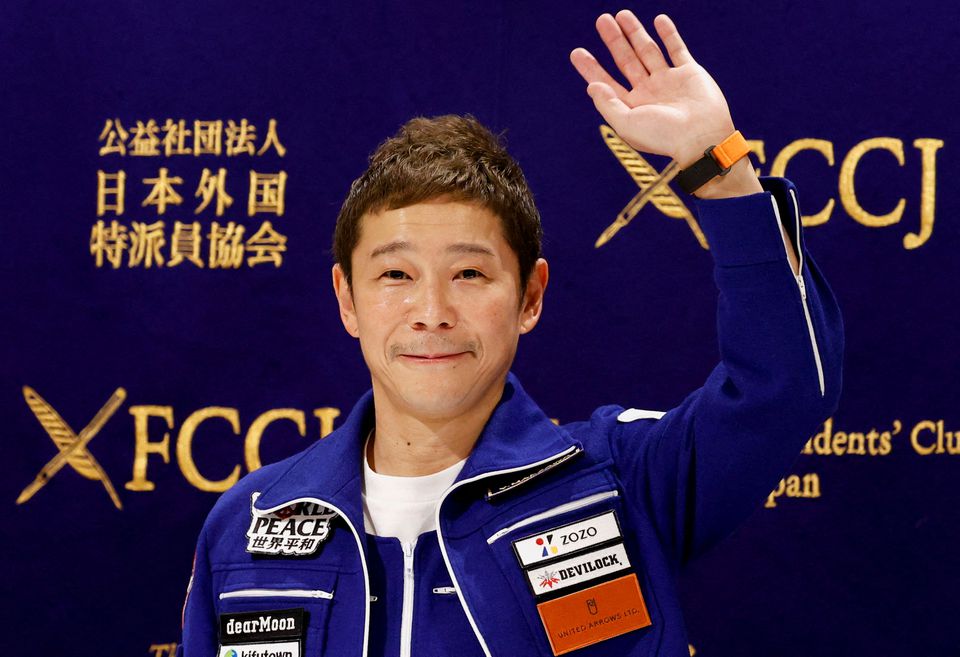 Japanese billionaire Yusaku Maezawa, newly returned to Japan after a 12-day journey into space last month, said being launched into the cosmos was less scary than riding a rollercoaster and made him obsessed with Earth, Reuters reported.

The 46-year-old fashion magnate and art collector in December became the first space tourist on the International Space Station in over a decade, preparation for a more ambitious trip around the moon with Elon Musk’s SpaceX planned for 2023.

One of Japan’s more flamboyant public figures, Maezawa regaled his social media followers from space by showing how to make tea in zero gravity and discussing his shortage of fresh underwear. On Friday, he said never felt fear in orbit.

“At the time of the launch I was able to enjoy the experience,” he said. “I felt as if it was the start of a Shinkansen (bullet) train from the station, it was so smooth. I only realised (the launch) when I looked out the window.”

Maezawa, who sold his online fashion business Zozo to SoftBank in 2019, will become the first private passenger on a SpaceX moon trip scheduled for next year and is sifting through “a million” applications for eight artists he has pledged to have join him on the voyage.

But gazing at the Earth from space – which he said was “100 times more beautiful than photographs” – gave him other ideas.

“You begin to think about world leaders getting together in space,” he said. “Of course, I’m not a powerful enough person to make it happen. But if it did, the world might be a better place to live.”