Deadly Omicron should not be called mild, warns WHO 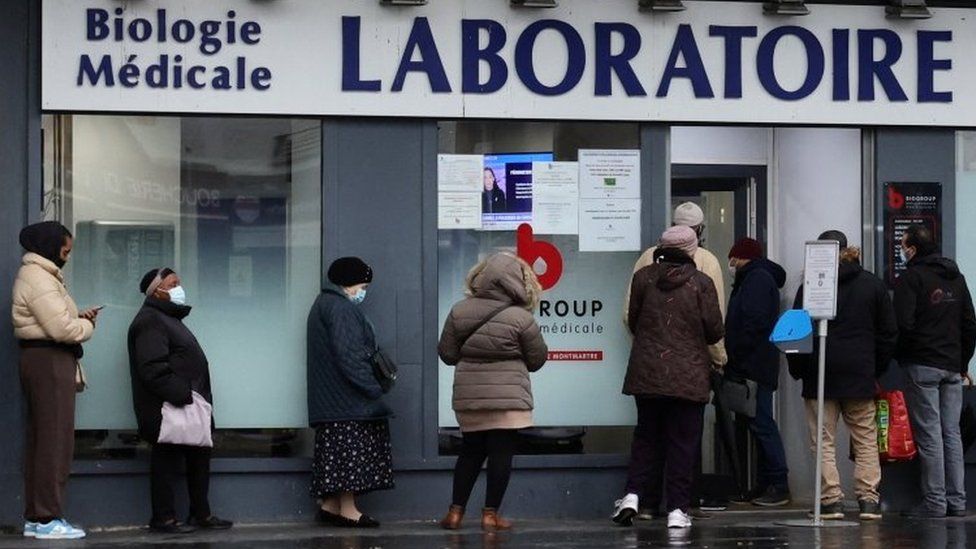 The World Health Organization (WHO) has warned against describing the Omicron variant as mild, saying it is killing people across the world, BBC reported.

But the record number of people catching it has left health systems under severe pressure, said WHO chief Dr Tedros Adhanom Ghebreyesus.

On Monday, the US recorded more than one million Covid cases in 24 hours.

The WHO – the UN’s health agency – said the number of global cases has increased by 71% in the last week, and in the Americas by 100%. It said that among severe cases worldwide, 90% were unvaccinated.

“While Omicron does appear to be less severe compared to Delta, especially in those vaccinated, it does not mean it should be categorised as mild,” Dr Tedros told a press conference on Thursday.

“Just like previous variants, Omicron is hospitalising people and it is killing people.

“In fact, the tsunami of cases is so huge and quick, that it is overwhelming health systems around the world.”

Omicron is highly contagious and can infect people even if they are fully vaccinated. However, vaccines are still pivotal as they help protect against severe disease that could put you in hospital.

On Thursday, the UK reported 179,756 cases and 231 Covid-related deaths. A number of hospitals have declared “critical” incidents due to staff absence and rising pressures due to Covid.

He added that Omicron patients were taking up “conventional” beds in hospitals while Delta was putting a strain on ICU departments. France on Thursday reported 261,000 cases.

Serbia’s President, Aleksandar Vucic, said the country’s healthcare system is currently under great pressure. The country recorded more than 9,000 cases on Thursday, according to local media.

In his latest comments, Dr Tedros repeated his calls for greater vaccine distribution to help poorer countries jab their populations.

He said that based on the current vaccine rollout, 109 countries will miss the WHO’s target for 70% of the world to be fully vaccinated by July.

Last year, the WHO chief said the world will have enough doses of the vaccine in 2022 to jab the entire global adult population – if Western countries do not hoard vaccines to use in booster programmes.