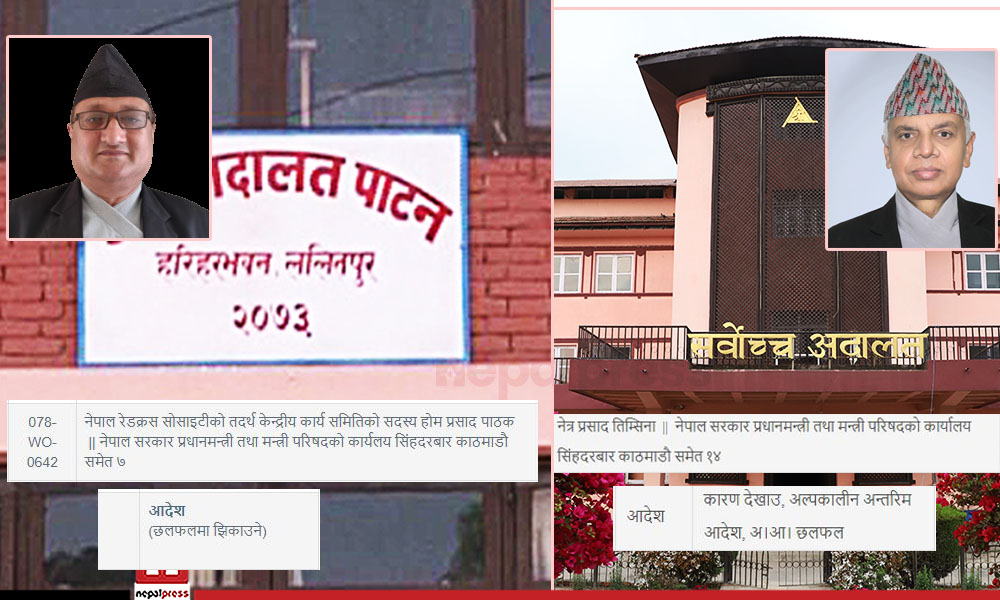 KATHMANDU: The Supreme Court and Patan High Court issued an order to the government not to implement its decision to form a central ad-hoc committee of the Nepal Red Cross Society (NRCS).

Earlier on December 29, the incumbent government sacked the office bearers including Chairman Netra Timisina of the Red Cross appointed by the then KP Sharma Oli-led government and formed a new ad-hoc committee under the headship of Sudarshan Nepal.

Later, Timinsina moved the court against the decision.

A single bench of Justice Ishwor Prasad Khatiwada directed the government not to implement its recent decision.

The court has summoned both sides on January 30 to discuss the issue.

With the order, the way has been paved for the Timinsina-led committee to work.

A bench of Justice Bhojraj Adhikari of the Patan High Court had also issued the similar order today.

The court has ordered both sides to appear before the court on January 18.