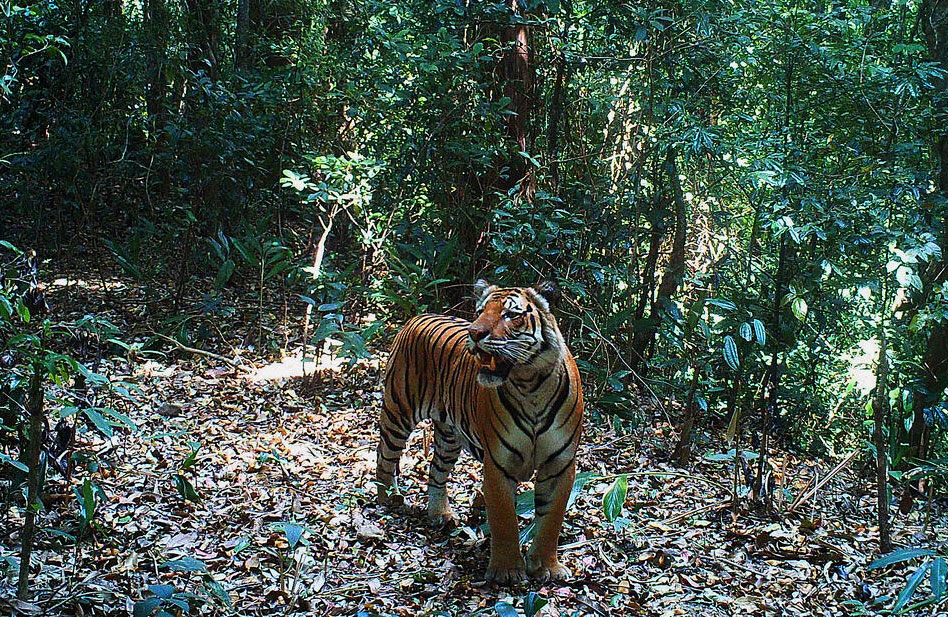 BANKE: At least three persons have become victims of tiger attacks in Banke district in the past three months, leaving the local residents in fear.

On Thursday, Leela Bista (52) of Prasona village in Rapti Sonari Rural Municipality-4, Banke was attacked to death by a tiger.

Bista was attacked while collecting grass along with two other locals in the Jalahan community forest yesterday.

However, two others managed to escape the site and informed the police about the tiger attack, it is said.

Superintendent of Police (SP) Shyam Krishna Adhikari said that the tiger was found eating the dead body of Bista when the police had reached the site.

Sp Adhikari said that they had to open two rounds of firing to recover the deceased body from the tiger.

Prior to this, tigers had attacked two persons from the Gabhar and Narainapur areas of the Banke National Park. Local residents said that the tigers are spotted in the community forests near the national park with the rise in tiger population.

On Wednesday, Durga Tharu (30) of  Rapti Sonari Rural Municipality-4 in Baijapur, Banke was attacked by a tiger but she managed to escape from the tiger with several wounds on her body.

Some days ago, a tiger also attacked a teacher in the forest in Rapti Sonari.

Likewise, Chief Conservation Officer of the Banke National Park, Shyam Kumar Sah, said that elephants would be mobilised in the locations to chase away the tigers from today. RSS