Barcelona fight back to advance in Copa del Rey 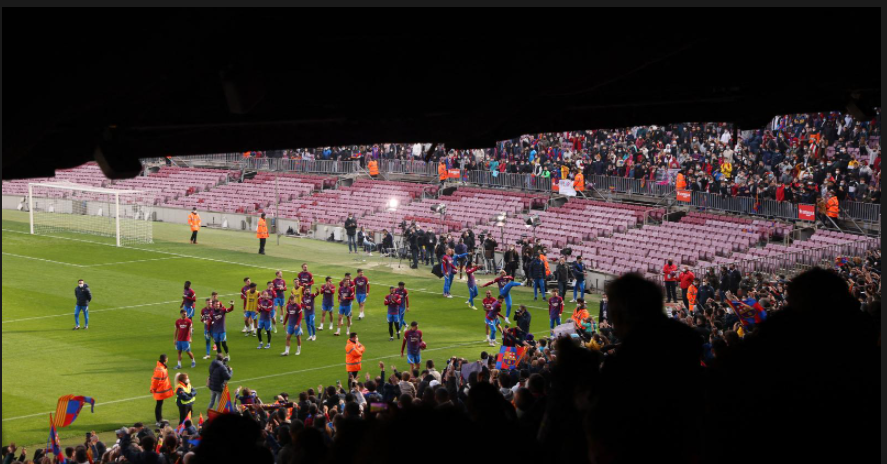 Champions Barcelona survived an early scare as they fought back to secure a 2-1 win at third-tier side Linares Deportivo in the Copa del Rey on Wednesday that sent them into the Round of 16, Reuters reported.

Barca made the trip to Andalucia missing several players due to COVID-19 and injuries, but coach Xavi Hernandez still decided to rest some key names for the last-32 tie and they fell behind in the 19th minute to a Hugo Diaz header.

Xavi then brought on Frenkie de Jong, Gerard Pique and Ousmane Dembele in the second half, with the French winger equalising with a low long shot that keeper Brimah Razak failed to stop.

A few minutes later, young academy striker Ferran Jutgla scored the winner with a cross-shot from the corner of the box after a counter-attack.

“I am very happy to help the team, to do what the coach asks me to do,” Jutgla told reporters. “They came out very strong, perhaps a little stronger than us.”

Barca joined Espanyol, Real Sociedad, Valencia, Real Betis, Rayo Vallecano, Mallorca and third-tier Atletico Baleares, who eliminated LaLiga side Celta Vigo with a 2-1 win, as the first clubs to advance into the last-16.

It was another poor display from Barcelona, who are fifth in the LaLiga standings, 15 points behind leaders Real Madrid.

Linares were on top even after Barca made their substitutions after the break and twice hit the bar.

They also had a goal disallowed by the referee for a narrow offside that could not be checked because Linares’s small stadium could not support the installation of VAR.

The big news going into the game was Dani Alves’s first appearance following his return to the club after six years.

The 38-year-old right back, who started the game as a winger, became on Wednesday the oldest player to feature for Barcelona in a competitive match, surpassing Jose Manuel Pinto by 54 days.