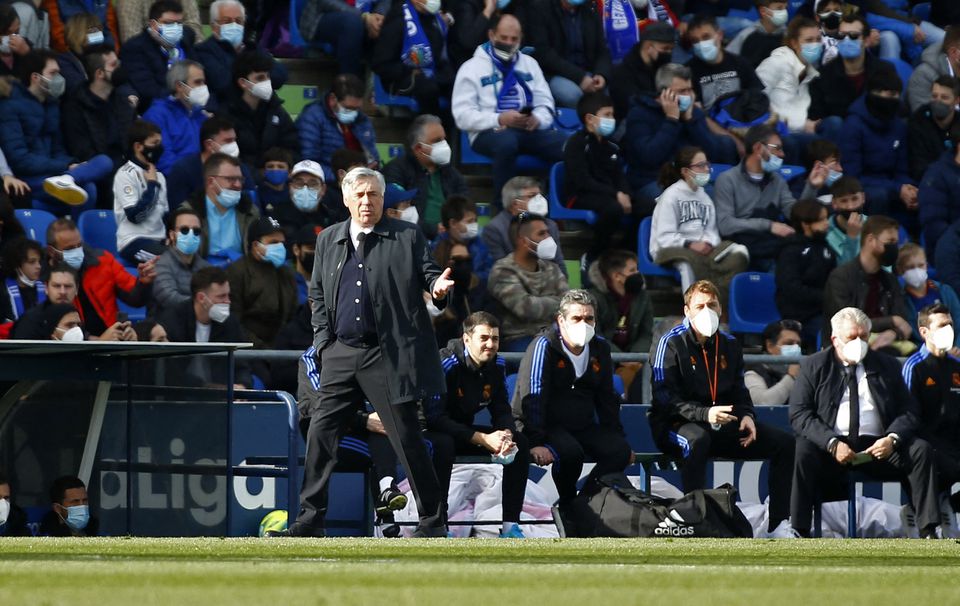 Real Madrid needed a lot of effort and a little luck as they won 3-1 at Alcoyano in the last 32 of the Copa del Rey on Wednesday, with two late goals helping them gain revenge for their defeat to the third-tier side last year, Reuters reported.

It looked like deja-vu as Real Madrid returned to El Collao stadium twelve months after being humiliated 2-1 by the same team, who hail from a small town close to Alicante.

Just like last year, Eder Militao headed Real into the lead in the 39th minute, but Dani Vega scored a magnificent equaliser in the 66th, curling a left-footed strike into Andriy Lunin’s far top corner.

Real went ahead in the 76th minute when Alcoyano’s Raul Gonzalez deflected a Marco Asensio shot into the net with his back, wrongfooting goalkeeper Jose Juan.

Two minutes later, substitute Isco took advantage of a mistake by two Alcoyano defenders and, after colliding with Jose Juan, the ball bounced into the goal.

Real’s second goal was awarded to Asensio, while their third went down as an own-goal, as the last player to touch the ball was Alcoyano’s keeper.

“Games like this are the most difficult and last year we learnt the hard way how things can get messy in these situations,” Madrid’s Marcelo told reporters.

“We did a very serious job. We fought hard, wasn’t a great game by our side but we fought.”

It was a sluggish performance by Real, who were missing usual starters Vinicius Jr, Ferland Mendy, Thibaut Courtois, Luka Modric and Karim Benzema.

In 2021, fans were barred from witnessing Alcoyano’s giant-killing victory due to the restrictions that were in place to stop the spread of COVID-19.

This year there were 4,850 supporters packed into their stadium, and the atmosphere exploded after Vega’s equaliser.

Yet their dream of repeating last year’s heroics lasted for only 10 minutes, as Asensio and Isco came off the bench to help Real advance.

They joined champions Barcelona, Espanyol, Real Sociedad, Valencia, Real Betis, Rayo Vallecano, Mallorca and third-tier Atletico Baleares, who eliminated LaLiga side Celta Vigo with a 2-1 win, as the first clubs to advance into the last-16.