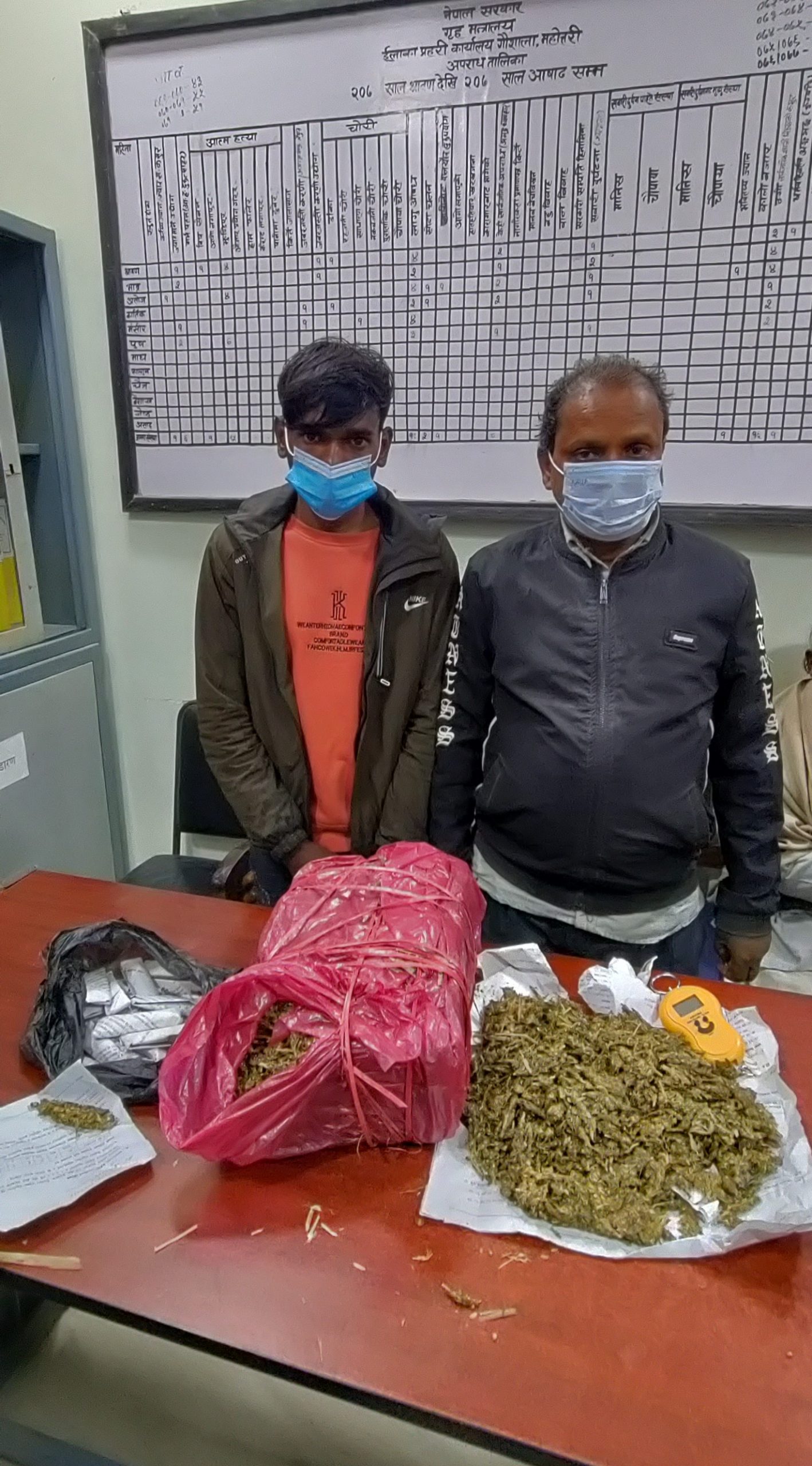 The arrestees have been identified as Ramchandra Shah (70) and his grandson Rohit Shah (21) of Gaushala Municipality-4, Rajkhor, Upendra Shah (53) and his son Bibek Shah (19) of the same municipality.

According to the District Police Office, Mahottari, three kg marijuana and a digital weighing scale were recovered from the house of Ramchandra Shah.

Shah and his grandson have been brought to the Area Police Office Bardibas for investigation.

During the interrogation, police came to know that they have been selling the weed from the house of Upendra Shah, DSP Prakash Bista, spokesperson at the District Police Office, Mahottari, said.

Police have recovered five kg marijuana, a digital scale and Rs 6,500 in cash from Upendra’s house.