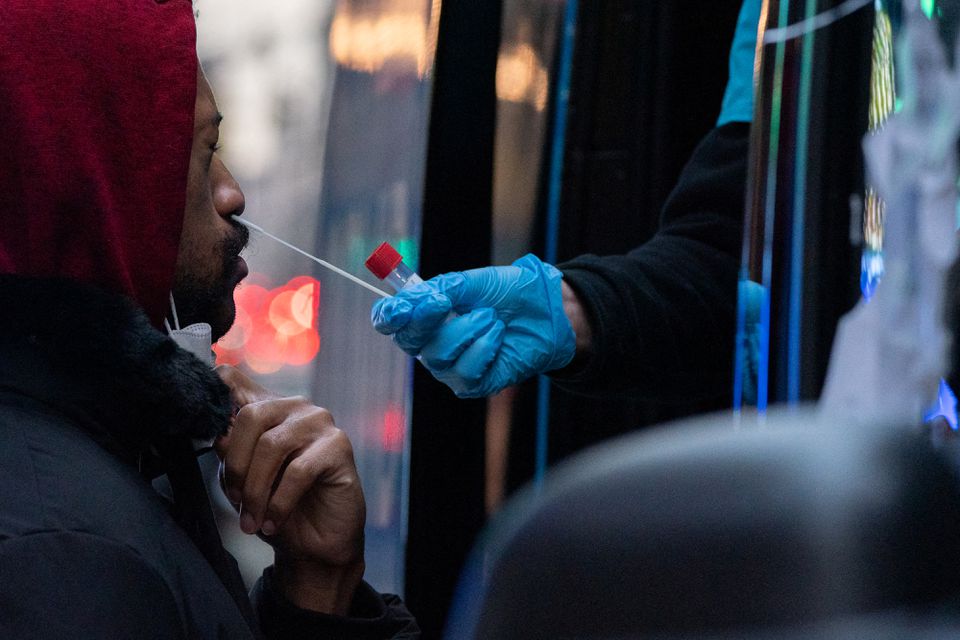 More evidence is emerging that the Omicron coronavirus variant is affecting the upper respiratory tract, causing milder symptoms than previous variants and resulting in a “decoupling” in some places between soaring case numbers and low death rates, a World Health Organization official said on Tuesday, Reuters reported.

“We are seeing more and more studies pointing out that Omicron is infecting the upper part of the body. Unlike other ones, the lungs who would be causing severe pneumonia,” WHO Incident Manager Abdi Mahamud told Geneva-based journalists.

“It can be a good news, but we really require more studies to prove that.”

Since the heavily mutated variant was first detected in November, WHO data shows it has spread quickly and emerged in at least 128 countries, presenting dilemmas for many nations and people seeking to reboot their economies and lives after nearly two years of COVID-related disruptions.

However, while case numbers have surged to all-time records, the hospitalisation and death rates are often lower than at other phases in the pandemic.

“What we are seeing now is….the decoupling between the cases and the deaths,” he said.

His remarks on the reduced risks of severe disease chime with other data, including a study from South Africa, which was one of the first countries where Omicron was detected.

However, Mahamud also sounded a note of caution, calling South Africa an “outlier” since it has a young population, among other factors.

And he warned that Omicron’s high transmissibility meant it would become dominant within weeks in many places, posing a threat to medical systems in countries where a high proportion of the population remains unvaccinated.

While Omicron seemed to be slipping past antibodies, evidence was emerging that COVID-19 vaccines still provided some protection, by eliciting a second pillar of the immune response from T-cells, Mahamud said.

“Our prediction is protection against severe hospitalization and death (from Omicron) will be maintained,” he said, saying this also applied to vaccines developed by Sinopharm and Sinovac that are used in China, where Omicron cases remain very low.

“The challenge has not been the vaccine but the vaccination and reaching those vulnerable populations.”

Asked about whether an Omicron-specific vaccine was needed, Mahamud said it was too early to say but voiced doubts and stressed that the decision required global coordination and should not be left to manufacturers to decide alone.

“You may go ahead with Omicron and put all your eggs in that basket and a new variant that is more transmissible or more immune-evasive may appear,” he said, adding that a WHO technical group had held recent meetings on vaccine composition.

The best way to reduce the impact of the variant would be to meet the WHO’s goal of vaccinating 70% of the population in each country by July, rather than offer third and fourth doses in some countries, he said.

As case numbers due to Omicron have soared, some countries, including the United States, have cut down isolation or quarantine periods in a bid to allow asymptomatic people to return to work or school.

Mahamud said that leaders should decide based on the strength of the local epidemic, saying Western countries with very high case numbers might consider trimming isolation periods to keep basic services functioning.

However, places that have largely shut it out would do better to maintain the full 14-day quarantine period.

“If your numbers are very small, you better be invested in keeping that number very, very low.”