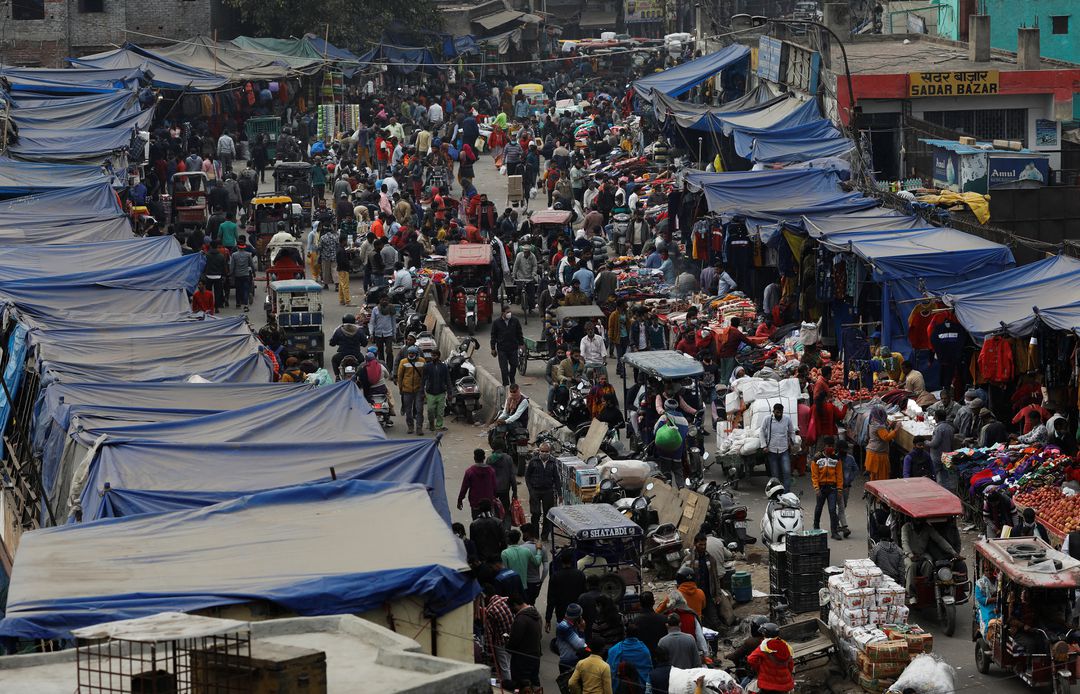 New COVID-19 cases in India surged to 58,097 on Wednesday, a doubling of the daily tally over the past four days, as health experts called for preparations to ensure hospitals are not overwhelmed by a new wave of patients, Reuters reported.

While doctors fretted, politicians, including Prime Minister Narendra Modi, appeared less concerned by the rising case numbers with many of them holding rallies ahead of assembly elections in several states.

Infections have been increasing sharply in cities, with the fast-spreading Omicron variant of the virus becoming dominant in places like New Delhi, authorities said.

India has confirmed nearly 2,000 cases of the variant with many more expected, lending an urgency to calls for hospitals to get ready.

“With infections expected to be skyrocketing we need: clear communication about self-care to prevent panic-driven trips to the hospitals,” Bhramar Mukherjee, professor of epidemiology at the University of Michigan, wrote on Twitter.

“Scale up hospital capacity and optimise care to those who really need it,” she said.

New Delhi’s premier All India Institute of Medical Sciences cancelled a winter holiday for staff between Jan. 5 and 10. Many doctors and nurses have contracted the virus in recent days.

Authorities, especially in Delhi, have repeatedly said only those who actually need round-the-clock monitoring should go to hospital while others should recover at home.

Delhi tightened up virus mitigation measures on Tuesday, ordering people to stay home on the weekends, in addition to a night curfew.

Many other cities have announced curfews but politicians have not called off their election rallies, at which few people wear masks.

Such gatherings last March and April helped the Delta coronavirus variant infect millions of people in India, killing tens of thousands of them.

Delhi Chief Minister Arvind Kejriwal said on Tuesday he had tested positive a day after attending an election rally where none of the people on a dais, including him, could be seen wearing a mask.

Modi will on Wednesday attend the inauguration of various projects in Punjab state, his latest visit to several states holding elections in coming weeks.

Health ministry officials have said COVID-safety measures such as mask-wearing and social distancing apply to all, including politicians, though few seem to heed the advice.

India has had more than 35 million cases, the second highest tally after the United States

The health ministry reported 534 new deaths on Wednesday, taking that toll to 482,551.