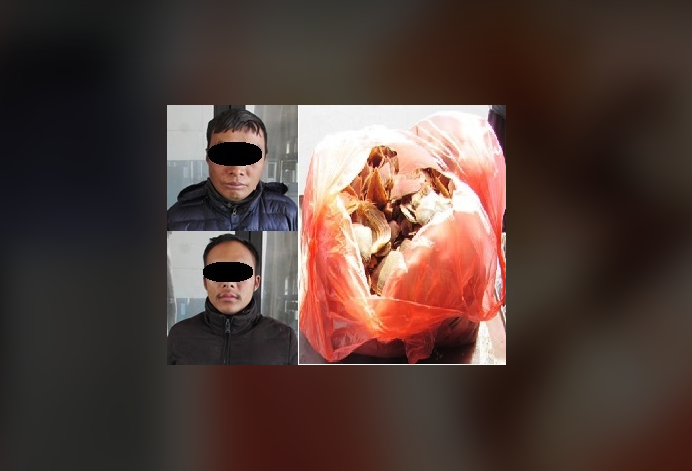 Acting on a tip-off, police arrested the duo while they were trying to sell the Pangolin scale illegally.

Police have sent both of them to the Division Forest Office, Hattisar for further investigation.