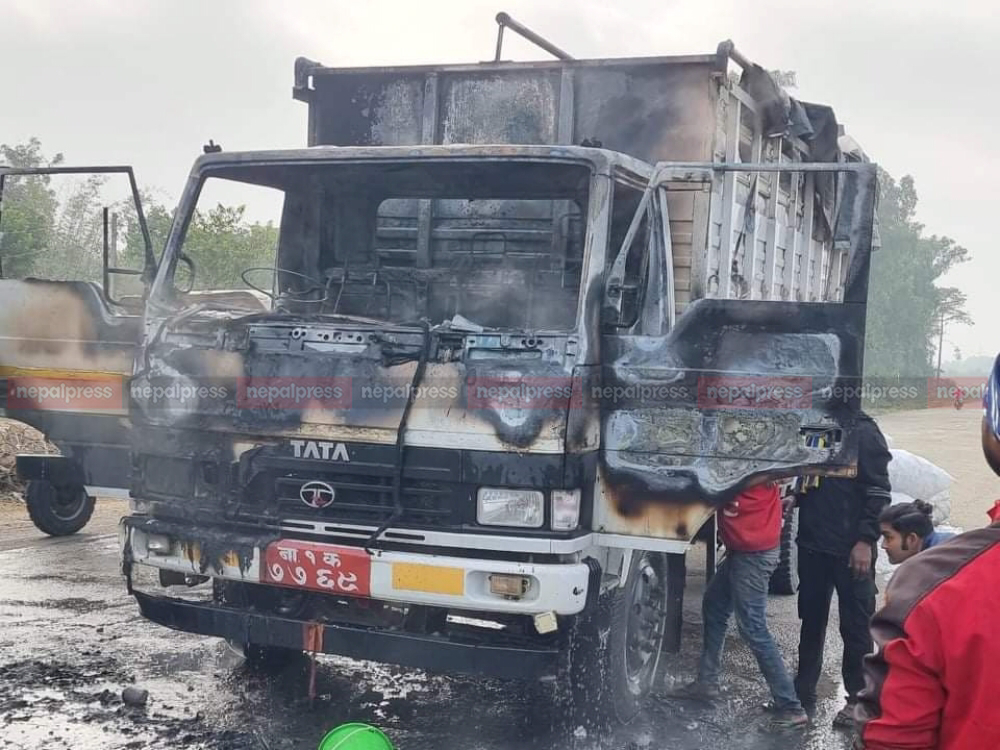 According to the District Police Office, Dhanusha, the cadres torched the truck (Na 1 Ka 7769) heading towards east from west at around 3:30 pm today.

The truck was completely destroyed in the fire.

Police said that they have arrested three persons for their alleged involvement in the incident.