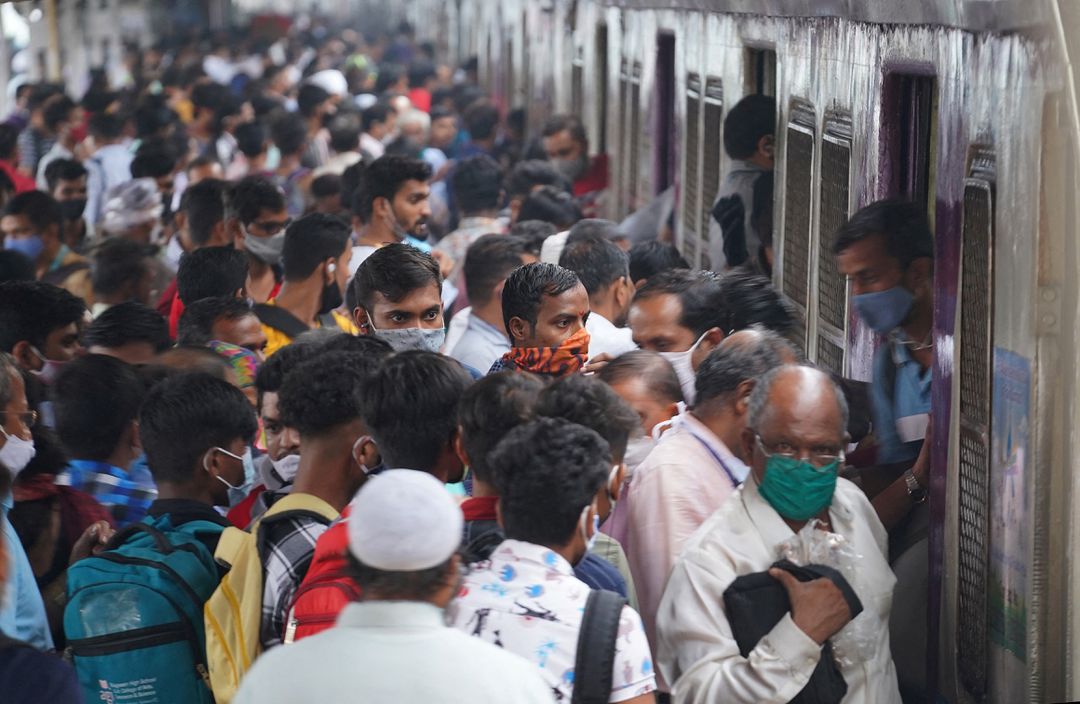 India reported more than 27,000 new COVID-19 cases on Sunday, with infections sharply rising for a fifth consecutive day, but the chief minister of the capital New Delhi said there was no need to panic, citing low hospitalisation rates, Reuters reported.

The country’s largest cities, including Delhi and the financial capital Mumbai, have seen a recent spike in COVID-19 cases, including those of the Omicron variant, which has triggered a fresh wave of infections in other parts of the world.

Although the number of active cases in Delhi has tripled in just the last three days, Chief Minister Arvind Kejriwal said that hospitalisations had not gone up.

“This means that most people who are coming down with (COVID-19) are not requiring hospital care. They are mild cases,” Kejriwal said in an online briefing.

“Cases are going up but there is no reason to worry. There is no need to panic,” he said.

Delhi was among hardest hit cities during the second wave of the pandemic in India last year, with hospitals running out of beds and life-saving oxygen, leaving patients gasping for breath.

India has recorded a total of 34.88 million COVID-19 infections, with 27,553 new cases in the last 24 hours, health ministry data showed on Sunday.

“We are noticing that people are self-quarantining if they test positive and at the same time many are also seeking support from the government-run isolation centres if they are finding less space at home to quarantine,” said Srikant Deshmukh, a senior health official with Mumbai’s municipal commissioner’s office.

India is set to launch a vaccination drive for children in the age group of 15 to 18 years from Monday and state governments were gearing up to administer doses at schools, hospitals and through special camps.