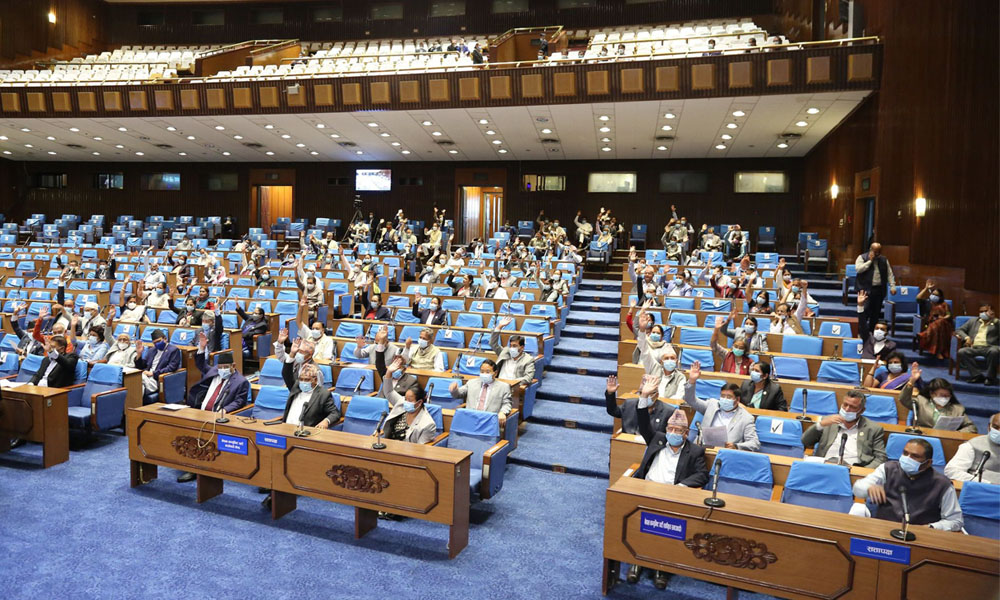 KATHMANDU: The meeting of the House of Representatives (HoR), the lower House of the Federal Parliament, scheduled for today has been postponed until January 6.

A notice issued by Parliament Secretariat’s secretary-general Bharat Raj Gautam states that the meeting, which was scheduled to be held at 1 pm today, has been put off due to ‘special reason’. The HoR will now meet at 1 pm on January 6.

The meeting of the Parliamentary Business Advisory Committee called for today has also been postponed.