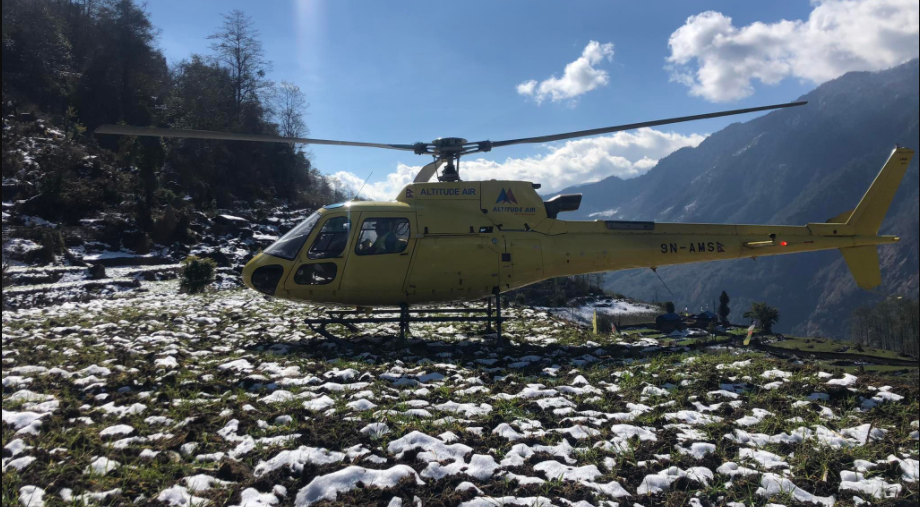 TAPLEJUNG: The whereabouts of a man and his son, who have been stuck in an avalanche at Mikkakhola Rural Municipality-5 in Taplejung district for the past four days, is still unknown.

A private helicopter deployed for their search returned after failing to find them. It made the search two times on Saturday.

The missing persons—Lakpatasi Sherpa (55) and his 15-year-old son Pasang—have been stuck in the avalanche that occurred when they were shifting sheep shed, said the police.

It was difficult to search for the missing persons due to bad weather, said the ward chair Dandu Sherpa. The local people have been helping in the search as well.

However, phone conversations with the missing father and son have been established, said the ward chair Dandu Sherpa, adding that during the phone conversation, they informed that they were taking shelter in a cave.

The helicopter will be sent tomorrow as well for the search, he said. RSS