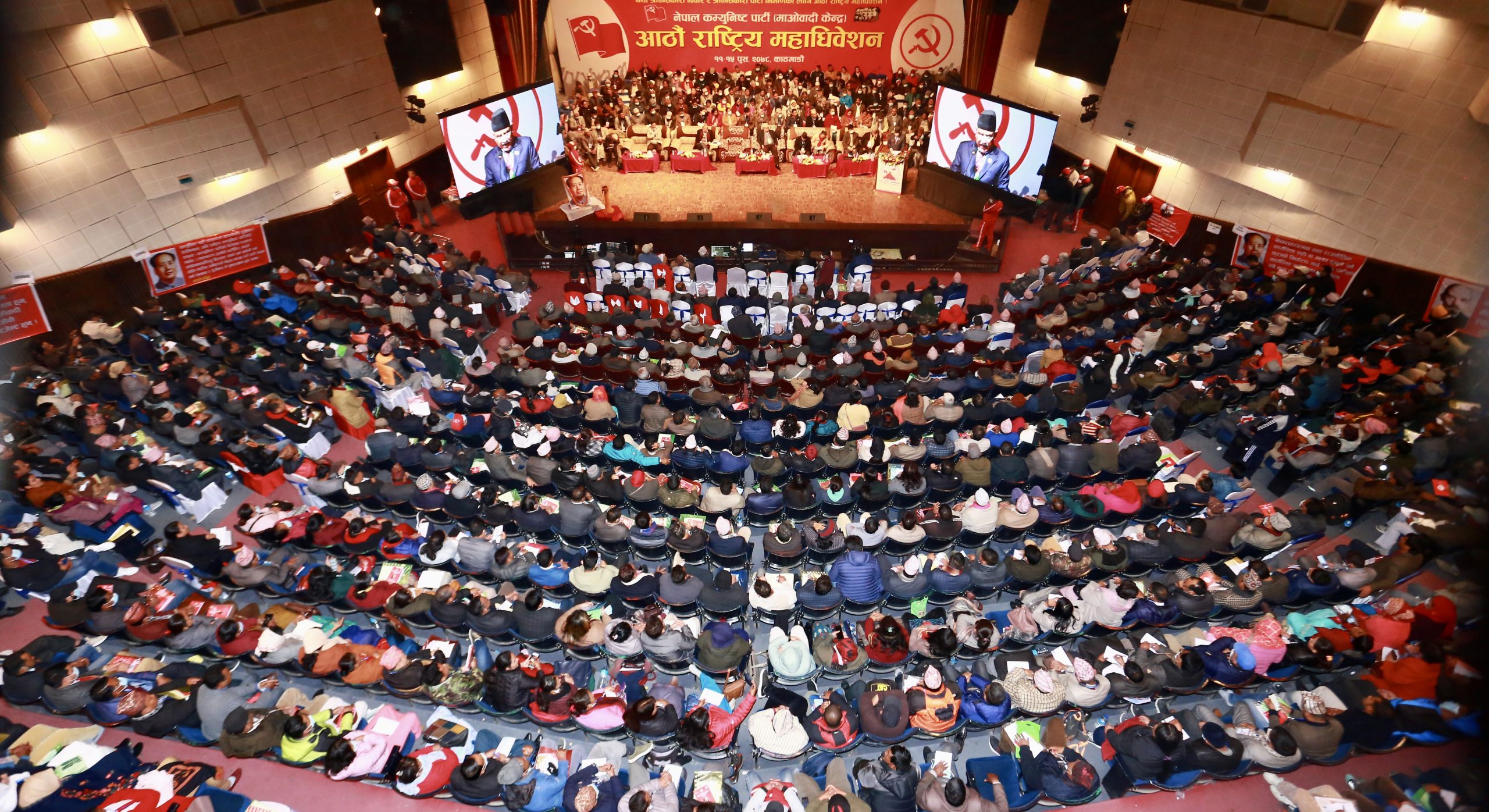 KATHMANDU: The eighth general convention of the CPN (Maoist Centre) concluded on Sunday without picking the chairman.

Party representatives from across the country who came to Kathmandu to take part in the general convention could not elect the chairman.

Not only the chairman, they could not even become the part of whole leadership selection process of the party.

Party Chairman Pushpa Kamal Dahal kept three members of his family including himself in the list of central members.

It has been learnt the Dahal himself had made the list of central members.

That is why, there is no doubt that he would nominate the office bearers of his own choice.

There will be a tough competition between Barshaman Pun and Janardan Sharma for the post of general secretary.

Both of them are loyal to party Chairman Dahal.