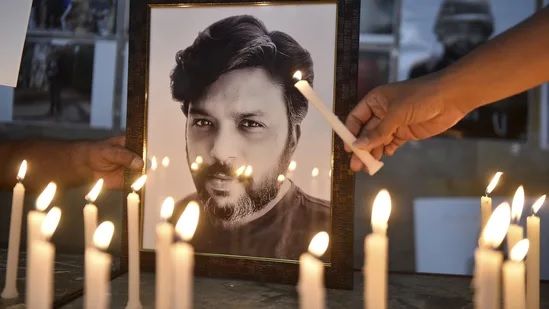 A total of 45 journalists and media professionals were killed in 20 countries in the year 2021, the International Federation of Journalists (IFJ) said on Friday, adding that it is “one of the lowest death tolls” it has recorded since the body started publishing such tallies, Hindustan Times reported.

According to the IFJ figures, it is a drop from 65 killings recorded last year in 2020. Since 1991, as many as 2721 journalists have been killed around the world.

The figure represents one of the lowest death tolls since the IFJ began publishing annual reports on journalists killed in work-related incidents, including targeted killings, crossfire fatalities as well as bomb attacks, IFJ said in a statement.

The Asia Pacific region tops the regional list with 20 killings, before the Americas (10), Africa (8), Europe (6) and the Middle East and Arab World on just one. There was also a deadly accident that cost the lives of two journalists in Iran.

While this decrease is welcome news, it is small comfort in the face of continued violence which claimed the lives of journalists in countries like Afghanistan (9), and Mexico (8). Other South Asian countries including Pakistan also recorded incidents of violence.

“This also provides further evidence for a recurring finding in these publications that more journalists and media workers more often than not are killed for exposing corruption, crime and abuse of power in their communities, cities and countries,” read the statement.

It further reported that the risks associated with armed conflict have reduced in recent years due to limited exposure for media professionals who are increasingly fewer in reporting close-ups from war theatre.

At the same time, the threats of a crime gang and drug cartels’ rule from the slums in Mexico to the streets of European cities in Greece and the Netherlands continue to increase and account for many targeted killings of media workers in 2021, the statement added.

“These 45 colleagues we lost to violence this year remind us of the terrible sacrifice journalists across the world continue to pay for serving the public interest and we remain in the debt to them and thousands of others who paid the ultimate price,” said IFJ General Secretary Anthony Bellanger.

“The IFJ believes that the only tribute fit for the cause to which they gave their lives should be an unrelenting pursuit for justice to them. That’s why we continue to advocate for the adoption of a new United Nations Convention for the protection of journalists which would ensure accountability for journalists’ killings.”