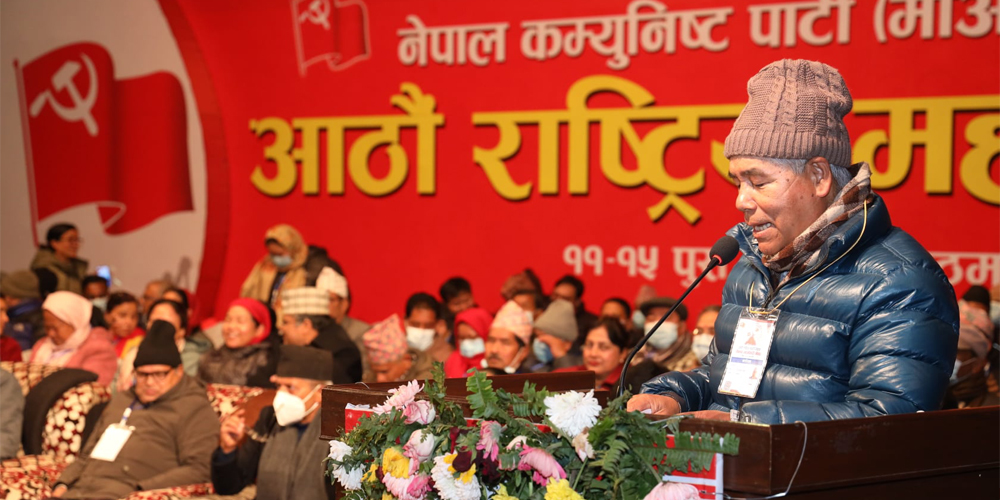 KATHMANDU: The CPN (Maoist Centre) amended constitution has been endorsed from the hall of general convention on Saturday.

The statute was endorsed by making some changes after Standing Committee member Dev Gurung answered to the questions raised on the amendment proposal.

Similarly, the percentage to nominate the central members has been increased from 10 to 15. The Central Committee, however, will have 299 members.

The Central Committee will have the representation of 35 percent women from all the clusters and from the open category and 20 percent youths below the age of 40.