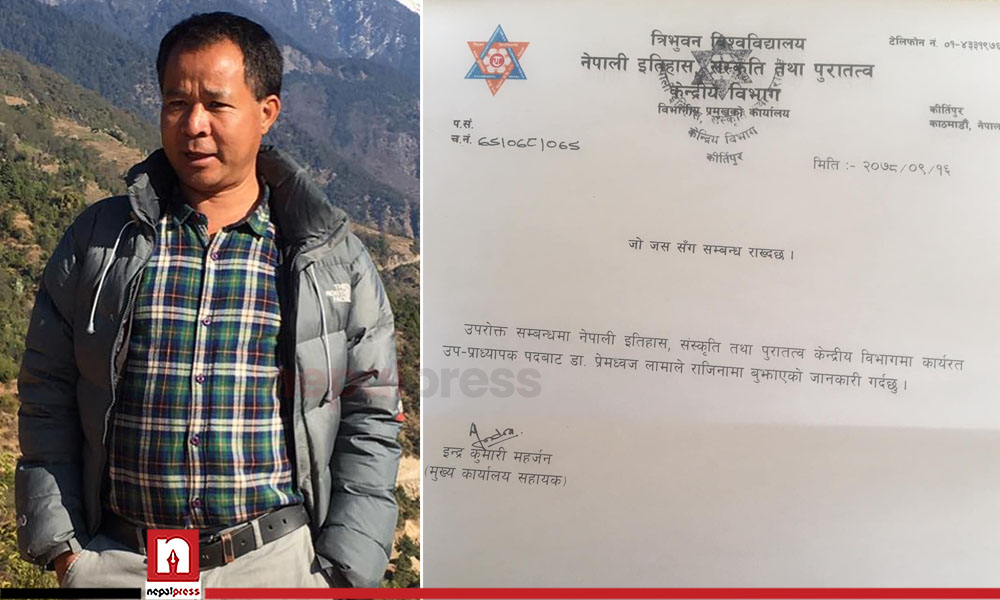 CHAUTARA: A leader of Sindhupalchok has decided to quit the job of Tribhuvan University to become a candidate for the post of district president of the Nepali Congress.

The district convention of the Nepali Congress is scheduled to be held in Sindhupalchok on January 11.

Lama will file his candidacy from the panel of party President Sher Bahadur Deuba. He has the support of Mohan Basnet.

Lama, a permanent resident of Lisankhapur Rural Municipality, got second most popular votes after Mohan Basnet in the election to the general convention representative.

He received his PhD degree from the Tribhuvan University on the culture and changing dimensions of the Hyolmo community just a month ago.

Lama tendered his resignation after the High court and the Election Commission urged the government staffers, teachers and professors not to join any of the political parties and warned of taking action if they become the representatives of the general convention.

Earlier, professor Pramod Hari Guragain had also resigned from his post to become a candidate of the party’s central member.