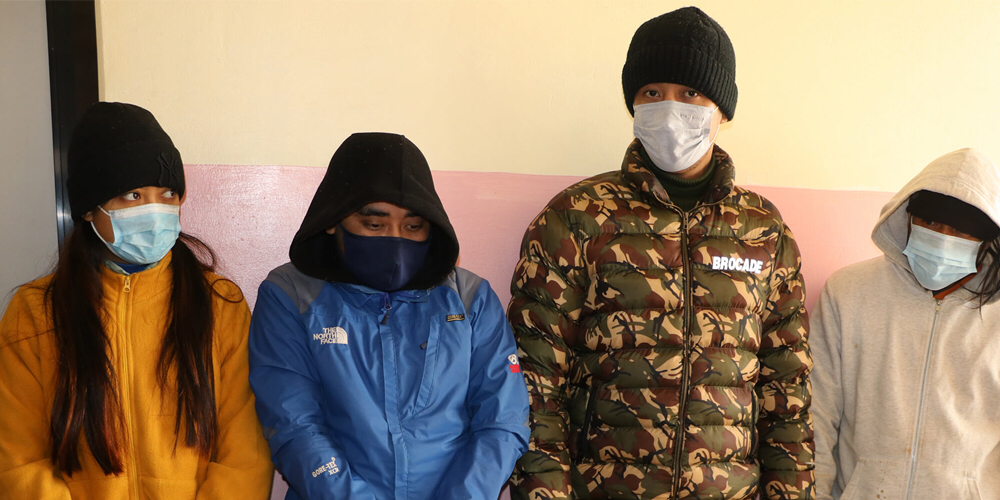 KATHMANDU: Police on Friday gave an official information about the arrest of popular rapper Ashish Rana aka Lahure of Nayabazaar, Pokhara-9.

Police also made public a photo of Lahure and those arrested along with him through Facebook.

According to the information provided by Kaski police, Lahure (32) along with three others were arrested from Jalparoad in Pokhara-8 at 7 pm on Wednesday.

A police deployed from the District Police Office, Kaski arrested them following a tip-off that they were trading contraband drugs at Jalparoad.

Police said that they have recovered 0.51 gram brown sugar from their possession.

The District Court Kaski has remanded them to police custody for eight days for further investigation.